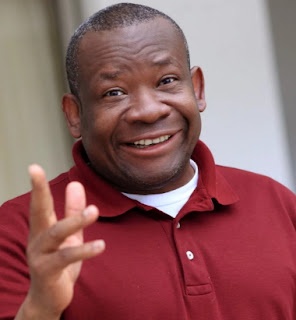 Residents of Okoroba in Nembe LGA of Bayelsa have accused the police of failure to respond to distress calls during the alleged attack on some residences by armed robbers, including that of the late Oronto Douglas, a former Commissioner for Information in the state.

Okoroba is the hometown of the late Oronto Douglas, who was also a Special Adviser on Research and Documentation to former President Goodluck Jonathan.

But the Bayelsa Police Command has denied receiving any distress call on alleged attack by unidentified gunmen on .

The spokesperson for the police command, DSP Asinim Butswat, made the denial on Thursday in an interview with NAN.

Butswat said that the command was not aware of the incident.

However, Oronto’s younger brother, Gift, told NAN that he personally reported the incident, when it was happening, to the command’s public relations officer as well as the Nembe Police Division.

“It is strange and unbelievable that the police will say they are not aware of a crime for which I personally made a distress call to the command’s Public Relations Officer, Asinim Butswat.

“We even called the Bayelsa Government Special Joint Security outfit ‘Doo Akpo’ and it told us that it had a challenge reaching our community because we are not linked by road.

“The community has also written officially on the incident; a copy of the petition is available for all to see,” Gift said.

He also said that he contacted some other security teams that often patrol the waterways, claiming that none of them came to the community’s aid.

According to him, some gunmen, numbering about 15, on Tuesday night, attacked Okoroba Community carting property worth millions of Naira.

A leader in the community, Chief Azibatonye Nengimonyo, told NAN that the gunmen shot sporadically into the air to scare people away.

“The gunmen invaded our community at 9.00p.m; some of them were masked while others did not.

“They robbed the whole community, even the residence of our late brother, Chief Oronto Douglas.

“Those hoodlums carted away property worth millions of Naira from this community,” he said.

He appealed to the state government to deploy security men to protect the community against such an alleged attack.

Another resident, who pleaded anonymity, appealed to the police to deploy their men to rural communities in Bayelsa with no security presence.