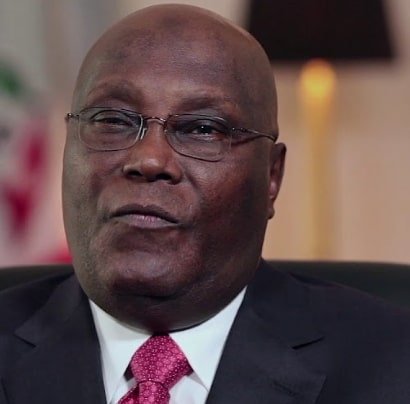 Tribunal Chairman Justice Muhammed Garba gave the order following the complaint of the petitioners’ lawyer, Chris Uche (SAN), that Yakubu and the REC did not produce the documents yesterday despite being summoned to do so.

The petitioners are the Peoples Democratic Party (PDP) and its presidential candidate, Atiku Abubakar. They are challenging the victory of President Muhammadu Buhari of the All Progressives Congress (APC) in the February 23 election.

PDP and Atiku yesterday called nine witnesses, bringing to 58 the number of witnesses they have called since opening the case nine days ago.

They plan to call about 400 witnesses and they were allotted 10 days by the tribunal under its hearing schedule to do so.

The petitioners are now left with one day to call their remaining witnesses and tender documents, unless they can convince the tribunal to grant them an extension.

Complaining about his clients’ inability to retrieve some documents in INEC’s custody despite the service of subpoenas on Yakubu and Zamfara REC to produce them, Uche said the documents were part of those used in the election. The documents, including Forms EC8As used in Zamfara, were listed in the subpoenas issued on the INEC officials on July 9.

INEC’s lawyer Yunus Usman (SAN) said the subpoenas might not have been brought to the officials’ attention or that the petitioners have not paid the required fees.

Usman read out a text, he said was sent to him by the HOD, Operations/Legal, INEC, Zamfara, in which it was claimed that the petitioners were yet to pay the required fees for the documents.

Lawyers to the other respondents : Wole Olanipekun (SAN) for Buhari, and Lateef Fagbemi (SAN) for APC – suggested that the petitioners might not have been diligent enough to follow up on their request.

Ruling, Justice Garba held that from the tribunal’s record, Yakubu was served on July 15, while the Zamfara REC, July 12.

He added: “They (the INEC officials) are under a binding legal obligation to ensure that the instruction on the suboena is complied with.

“Because they have the legal obligation to obey the subpoena, they are directed to produce the documents required at noon on Thursday, July 18 (today).”

After the ruling, the petitioners called their witnesses, who said they served as PDP agents in Borno, Kano, Katsina, Nasarwa and Kogi states.

One of them, Lawal Mohammed Danja , led in evidence by Eyitayo Jegede (SAN), said he acted as PDP agent for Danga local government in Katsina State.

The witness, who claimed the election was rigged against his party in his local government, said some people, dressed in DSS uniform ordered everyone to queue up and vote for the APC and stopped the use of card reader for accreditation.

Under cross-examination, Danja said he did not witness the malpractices, because as a local government agent, he could not be present at all the polling units at the same time.

The witness said he got information about the malpractices from his party’s ward collation agents, who reported directly to him.

He disagreed with the results of the presidential election in Katsina State as presented by the petitioners.

Asked by Dayo Akinlaja (SAN), for Buhari, whether he agreed with the petitioners’ claim that APC scored 1,555,633 and PDP got 160,203 votes in Katsina, Danja said he disagreed.

The witness kept mute when the lawyer told him that, by disagreeing with the petitioners’ claim, he was telling the tribunal to discountenance all that the PDP and Atiku are saying in their petition.

He also alleged over-voting, claiming that while only nine voters were accredited in his polling unit, votes were allocated to parties by INEC, with APC getting more votes.

When asked if he saw Buhari campaigning in the state before the election, the witness said he heard about it but did not see the campaign because he did not listen to the radio nor watch the television.

Another witness, identified as Honourable Arume Mohammed Yahaya got everyone laughing when asked to explain why he had the prefix “Honourable.

He said: “it was my late mother, who gave me. She used to call me honourable, because he wanted the best for me. She pampered me when she was alive. Everybody is now calling me Honourable. And I am fine with it.”

Yahaya wept midway into his testimony when asked to explain his assertion in his statement.

The witness, who said he was a ward collation agent in Dekina Local Government Area of Kogi State, claimed in his statement, that the election was disrupted in his ward.

Reminded that he had also claimed, in another portion of his statement that there were gunshots throughout the day and that he had to hide, the witness claimed he went into hiding after 3pm.

Asked to name the party that won in his ward, following his claim that the area was his party’s stronghold, the witness started crying.

Following Justice Garba’s intervention, he was allowed some time to get himself together. He consequently explained that he wept when he recalled the level of violence in his ward during the poll.

Yahaya, however, disowned a portion of his statement where it was indicated that it was translated from English to Hausa with his consent.

He said it could have been cause by typographical error because he was not familiar with the Hausa Language. The witness said he only speaks English and Igala languages.

Adagwu Samuel Sule said he acted as the PDP collation agent in Iyale Ward, also in Dekina Local Government. He also disowned a similar portion of his statement.

He claimed the first presidential election was held on February 23 and a supplementary election followed on March 6.

Asked if he was sure, Sule, who claimed to be a PhD student in Criminology, insisted that “the first one of February 23 happened in my ward.The second presidential election of March 6, did not hold in my ward.”

Upon Uche’s application, the tribunal adjourned till tomorrow.

The tribunal will today hear the petitions by the Hope Democratic Party(HDP) and Peoples Democratic Movement (PDM).

President Buhari To Fulani Herdsmen: Northern Elders Have No Right To Tell You To Leave The South
Obasanjo Has Turned Himself Into Doomsday Prophet For Nigeria – Arewa