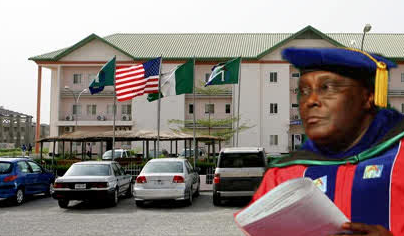 A violent attack launched on the town of Mubi in Adamawa today by the dreaded Boko Haram militants has claimed many.

The ongoing attack reportedly killed many students while many are still trapped inside American University Of Nigeria in Adamawa state.

A source from the area said the insurgents took over military barracks killing many officers during exchange of fires.

The university is owned by ex-Nigerian VP, Atiku Abubakar.