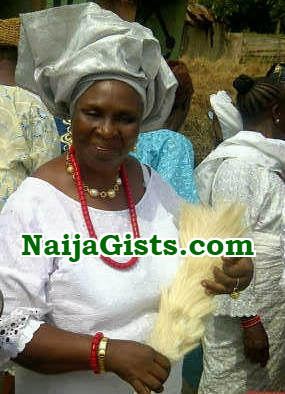 The 60 years old former regent was seeking dissolution on the ground of constant fighting, public disgrace and no proper care of the family by the husband.

According to her, she once attempted to divorce her husband in 2004, but the town chiefs, family members and the court prevailed on her and she withdrew the divorce suit.

She said that she could no longer withstand the beatings from her husband, in spite of the fact that no dowry was paid on her, adding that the association had produced four grown up boys.

The President of the Court, Mrs Yemisi Ojo asked, “what if court makes an order that your husband stops beating you and pays your dowry so that the matter be settled amicably?’’

She insisted that she wanted to separate from her husband before he killed her.

However, the defendant denied all the allegations, saying he was trying his best to take care of his family in his capacity.

“Although my wife sometimes assist me in paying the children’s school fees when I do not have money on me.

“But as a father and husband, I try my best to take care and do my fatherly responsibilities within my capacity,” he said.

Ruling on the matter, the court president said that both parties should produce their witnesses in the next adjourned date.

She added that the plaintiff must come with two of her children, emphasising that the second born must be one of them.

She adjourned the case till May 15, for continuation of hearing.