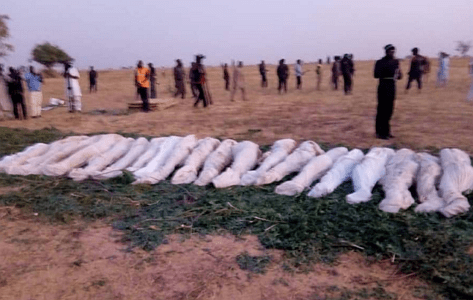 Buhari today expressed deep shock and sadness over the death of scores of people in the banditry attacks which occurred on Saturday in three communities in Rabah Local Government Area (LGA) of Sokoto State.

He who was briefed about the incident and the arrests so far made by the Police, condoles with Governor Aminu Tambuwal and the people of the State over the tragic incident.

President Buhari, according to a statement by the Senior Special Assistant on Media and publicity, Garba Shehu, strongly condemned all acts of violence and terrorism against innocent Nigerians, reiterating that perpetrators and sponsors of such dastardly acts would be held accountable under the law.

The President prayed for the quick recovery of all those injured and assures that his administration will not relent in the fight to neutralise terrorists, bandits and kidnappers around the country.

The incident, which also left four others with various degrees of major injuries, is one of the most recent dastardly attacks in the state.

It was learnt the council chairman and a team of joint security operatives have been to Rakumni, Tsage and Kalgo for rescue operation.

They are also said to be assembling the corpses for burial.