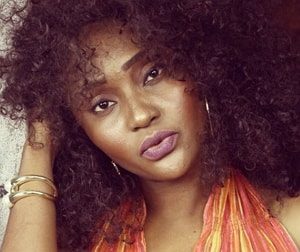 Ify Ubah who quit her banking career for full time acting in 2015 in this interview with Joe Agbro Junior talks about acting, women empowerment, and other issues.

How exactly did acting start?

Well, already I was a model. So, I already had friends who started going into music videos. I was a vixen in Koffi’s video too. And Koffi started producing his comedy TV series which I was part of. So, gradually when you’re in that circle, there would always be information. But because then, I was working, I will get the text message but I won’t be able to show up and things like that. So, it wasn’t really steady but when I finally made the decision, I just had to take this seriously as a career path. That was in 2015.

You studied Banking and Finance at the University of Lagos. How did you veer into acting and modelling?

Yes, I actually worked in a bank (laughs). I gained the banking experience because it’s good to do the theory but the practical is also important. But as I was in banking industry, atimes I would still do my modelling and try out one or two things. so, it’s a passion that has always been burning on the inside and at a particular point, I said ‘Ify, it’s time to make a decision because if you’re in banking industry, you really don’t have time for any other thing.’

When did you leave the bank?

That was first quarter, 2015. I finally made the decision that I should resign and focus on passion, acting.

And how long did you work in the bank?

I was there for three years.

Weren’t you scared making that move?

From school, I was a model and saw that the entertainment industry can be lucrative depends on how you position yourself and what you really want to achieve. So, I wasn’t scared to say I don’t want to do banking. I know it will need me to adjust for a while because of the comfort of the regular allowances and things like that. I think so far, I’m grateful I made the decision. It’s better to make the decision early and adjust early.

So, has acting been paying all the bills now?

(Laughs) It’s not only acting I do but acting on its own has been good and I’m happy. Since I do modelling jobs, event hosting.

So, two years of fulltime acting now. Has the acting world been what you expected?

Are you looking at going into production?

Yes, I was able to do a short film, ‘Mirable’. Mirabel is the story of a teenage model. She had aspirations to be a model and had to get her father’s approval. Well, the father didn’t want to give her the approval because of his experience with her mother which she did not know because her mother abandoned her to be a model. So, it’s a family movie with its twists and turns.

So, what informed you doing it?

It was a story that a friend brought to me. She was like, ‘Ify, I think since you also say you’ll like to try out filmmaking’ and I just said, ‘fine, let’s just try it.’ And it came out well. It was an experience managing people for six, seven days on a movie set, technical challenges, the camera, location, accommodation, welfare. It’s like you’re the mother of so many toddlers and they’re like, ‘I want this, I want that.’ And I was happy that my crew were so supportive of me. They’re part of the EXCOs of the Actors’ Guild of Nigeria (AGN), Lagos.

Well, my first appearance on the runway was in a mesh top. And for people into fashion, if you know what a mesh top is, it’s more like a fish net. But, most people feel nudity is pornography when it comes to modelling but it’s not the same. People in the entertainment industry are among the most disciplined people. I think I can say that because I’ve worked in different sectors. Some of them are really hardworking and that they show parts of their body is for a reason. It’s what the designer wants to do. The body of a model is merely like a ‘hangar.’ It’s like a mannequin. You’re not meant to look at the mannequin. You’re meant to admire the outfit, the art of what the designer is trying to do.

So, how far are you willing to express nudity for art sake?

Yeah, nudity for art sake, it depends on what it’s for. Certainly, it’s not pornography but at least the message should be important. And we should know the target audience and if the audience is ready to receive it. But I think in Nigeria, the entertainment audience are beginning to be more open-minded to see the difference between the two. So, for me, I don’t have an issue on nudity but it should have a reason. A woman should not just go and be nude, either on runway or for photography.

Has there been any reason for you to go nude?

No, I haven’t done any nude job or role. But I don’t frown at it. I know I’ve seen some people that have done it. For me, I really don’t have issues with them.

I’m single for now but searching hopefully I find someone.

I have no idea.

Or are you being choosy? What do you look for in a man?

Okay, tell me about growing up?

I was born in Lagos, Ikeja. Growing up, Ify was a quiet person, a bookworm. I still like to read. We’re three, my sister (first born), my brother and me. My sister was mostly in boarding school so, it was just me and my brother in the house. Everyone will say Ify is quiet. Well, not so many friends when I was growing up. But right now, it’s different. More friends, more outings.

So, you’ve overcome being shy

Tell me about the beauty pageantry

Yes, I did Miss Unilag in my first year. You know, when you’re in first year in school, you feel you have all the time in the world. Miss Unilag is usually like an annual thing held by the Student Union. Normally, when I’m walking to class from the hostel, they’re usually large shouts from the male hostel like ‘Agbani Darego’. Then, I was super skinny and walking to the hostel. Gradually, Maybe because I was in Business Administration, some of those people in the Student Union were also in Arts. For one reason or the other, they scouted me and they kept asking me, ‘are you a model?’ I didn’t really take it seriously. It was when people like Bayo Haastrup started coaching us on walking, cat walking, beauty pageant walk, that was when I said, ‘this is really serious.’ Then, we went to camp at Unilag Guest House. I didn’t win but I learnt a lot. I made very important contacts that helped me starting as a model, getting runway jobs, things like that.

Tattoos on your body

I like to read, I like to keep learning new things, I like to play all genres of music. I try to write but maybe the environment is too noisy here. I think I read about writing but I haven’t gotten to writing even half a page but I keep reading about writing on Pinterest. And I think I would like photography because it’s something I’ve been downloading, learning to photograph, finding the light.

Continue Reading
You may also like...
Related Topics:ify ubah, single

Alex Usifo: I Can’t Never Join Politics In Nigeria, It Is A Dirty Game
Ufuoma Ejenobor: I Conceived Through IVF And Delivered All My Children By C Section