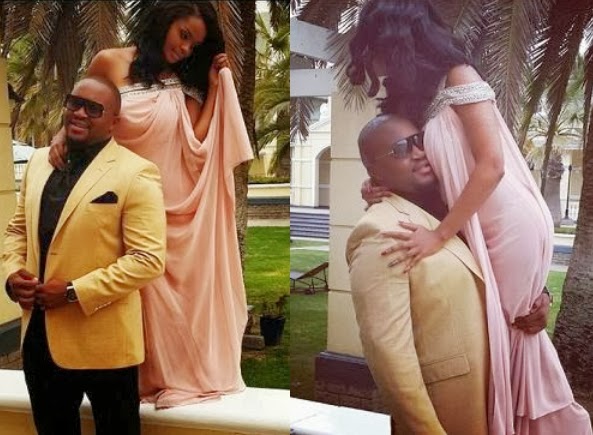 Weeks after a story went viral that Namibian BBA winner Dillish Mathews has broke up with her boyfriend, the entertainer has released a new photo that proves they’re still together.

The BBA winner recently shared the above picture taken at a friend’s wedding ceremony.

Stephen and Dillsh are still very much together with no breakup in sight.

Chei see the man carrying her with one single hand… I go love o….