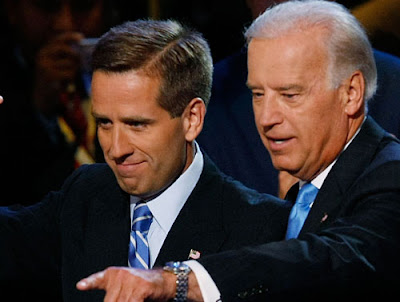 46-year-old Beau Biden who was first diagnosed with cancer back in 2013 at M.D Anderson Cancer Center in Houston Texas has lost the battle to the killer disease.

According to his father, Joe Biden, Beau’s struggle started in 2010 after he suffered a mild stroke which later became serious.

In 2013, doctors removed a small cancerous tumor from his brain but sadly the cancer had spread.

Here is an official statement from the family of the deceased;

“It is with broken hearts that Hallie, Hunter, Ashley, Jill and I announce the passing of our husband, brother and son, Beau, after he battled brain cancer with the same integrity, courage and strength he demonstrated every day of his life. In the words of the Biden family: Beau Biden was, quite simply, the finest man any of us have ever known,”.