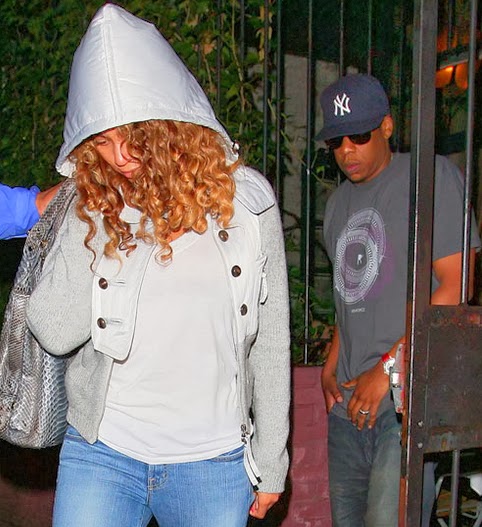 As at the time of this report, celebrity couple Beyonce Knowles and her hubby, rapper Jay Z are about to split.

The seemingly happily married couple have hit a dead end in their romance after Beyonce reportedly took a break from the marriage due to Jay Z’s “selfish” attitude toward his family.

While Beyonce was in Australia for her Mrs. Carter tour, Jay Z visited her and the two lovebirds took a mini 3-day vacation to a private resort to spend some quality time together. But apparently it was more than just a relaxing trip.

“Jay Z’s early November trip to Australia was not just a family getaway, it was a last-ditch effort to keep his marriage afloat,” an insider told Star Magazine.

“Jay Z’s decision to tour Europe at the same time as Beyoncé is touring Australia has caused serious damage to their relationship — damage that may be ultimately prove to be irreparable.”

According to Star Magazine, Beyonce didn’t have any problem with 43-year-old Jay Z going on a tour with Justin Timberlake over the summer, but she assumed that he would at least take the initiative to accompany her and their 19-month-old baby daughter, Blue Ivy, on tour in Australia and New Zealand – instead of going clubbing all the time.

“Not only did he plan the tour without consulting her at all, but he didn’t even try to coordinate dates with her tour. She told him he was selfish.”

“Beyonce has been feeling like a single mother lately — and has been letting her husband know he’s on shaky ground, and she’s using the time they spend apart as a trial separation.”

Hope they can sort out their differences for the sake of their little angel.