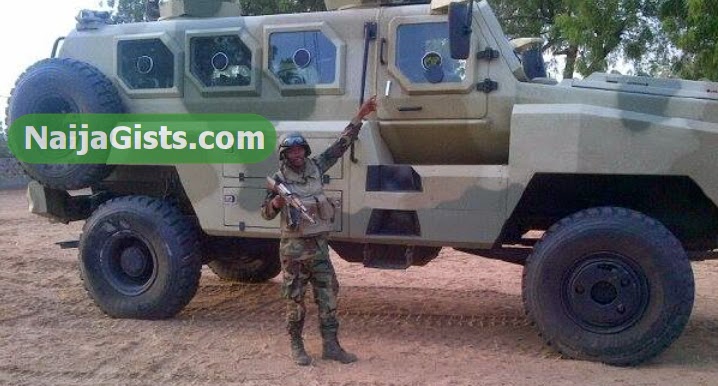 The powerful armoured personnel carrier pictured above and some other war machines (undisclosed for security reasons) are the secret behind Nigerian Army’s recent victory over Boko Haram terrorists in Northern Nigeria.

I hear Nigeria Army has 5 of the above war machine.

The Chinese-Built BIGFOOT MRAP APC is immune to bullets, missiles and bombs.

The Nigerian military recently purchased five of it and many other high powered fighting machines.

Check out the specs below:

Designed to survive a blast in excess of 16kg of TNT (i.e two 8kg blasts) under any of its wheels and is repairable in the field at low cost following blast damage.

5 units reportedly in use by the Nigerian Army

See another photo of the beast below: 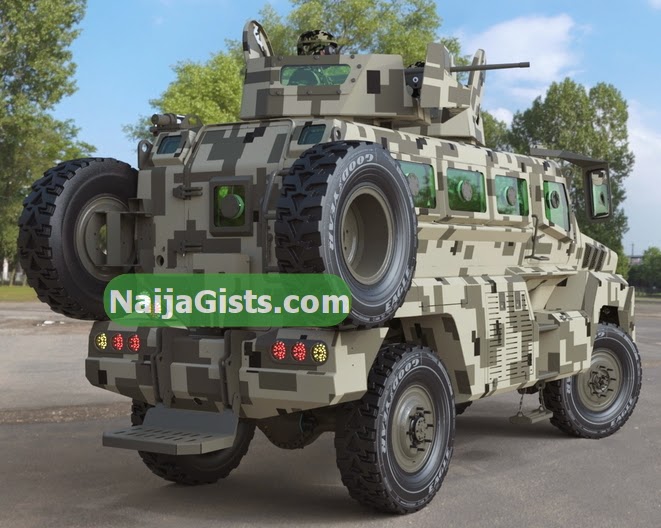 Nigeria has landed a real monster, hope it doesn’t land in the hands of those terorrists.