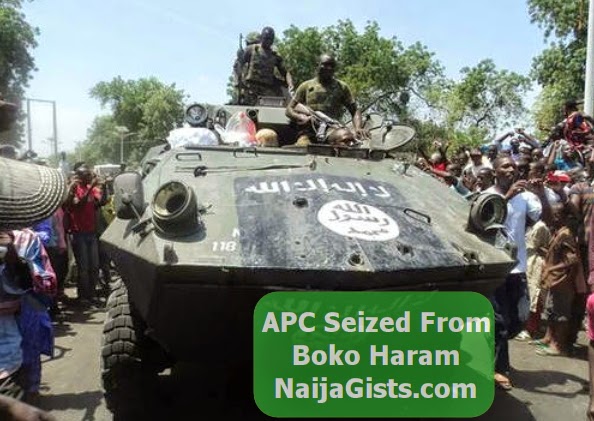 I wonder why news of Nigerian Army’s victory over Boko Haram go unreported. Some media house love to celebrate the reverse.

On Tuesday/Wednesday, gallant Nigerian soldiers crushed Boko Haram sect in Konduga and other areas close to Maiduguri. Over 200 terrorists reportedly died in the first attack.

Later on the soldiers killed another 200+ terrorists who came back to take revenge, they seized two Armoured Personnel Carriers, APC with the insignia of the militants sect from them.

The troops also captured other vehicles and ammunition used by the sect.

The latest fight between soldiers and Boko Haram began on Tuesday night and lasted till the early hours of Wednesday, one of our military sources disclosed.

After the attack was repelled, some of them went through the forest and were heading towards Mafa local government area when soldiers laid ambush on them again, killing over 100 while the rest escaped with bullet wounds.

In another development, over 100 sect members who came up to attack travelers along Maiduguri-Potiskum road met their Waterloo when the detachment along that route engaged them in a fierce battle, killing all of them.

See photo of locals celebrating the victory with the gallant soldiers below. 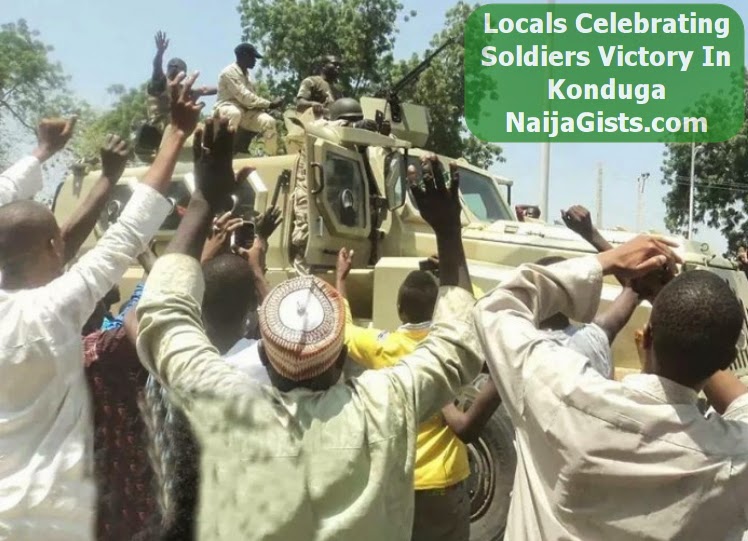 Another vehicle recovered from Boko Haram… See Boko Haram’s insignia infront of it. 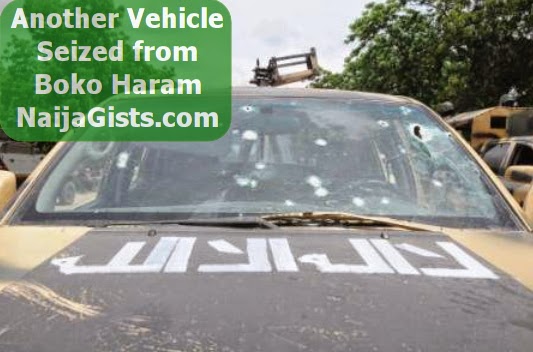