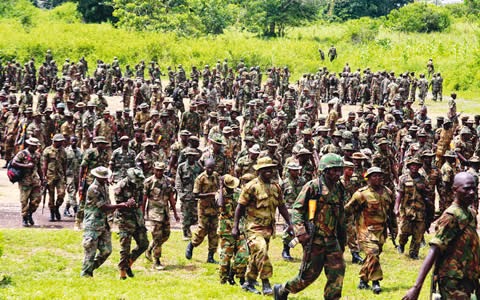 Few days after 480 Nigerian soldiers fled to Cameroon after escaping from the hands of Boko Haram militants, another 400 have reportedly sought refuge there.

The Voice of America (VOA) quoted Cameroon state radio as saying that on Wednesday the soldiers ar- rived at the Cameroonian bor- der town of Amchide, where they handed their weapons to military officials.

Badjeck, who spoke in French, described challenging situations in war that cause troops to flee, and that Cameroon has demonstrated that it is a nation that assumes its responsibility to those in harm’s way.