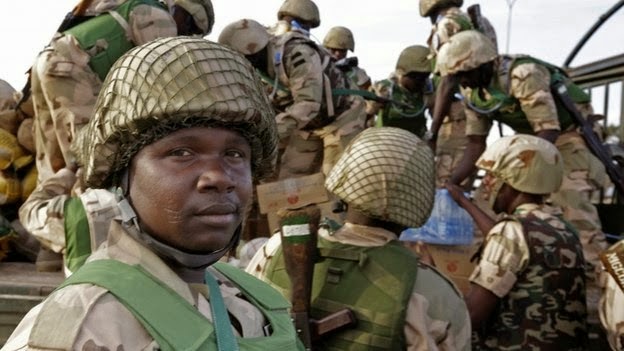 Though Nigerian military authorities are yet to confirm or deny this claim, BBC quoted the spokesman for the Camerounian Army identified as Lt. Col. Didier Badjek, as saying the soldiers had been disarmed and were now being accommodated in schools.

Earlier reports indicated that the insurgents had captured Gamboru-Ngala, a key town on Nigeria border with Cameroun part of Borno State after fierce fighting between men of the Nigerian Army and the militants.

Reports indicated that the insurgents had launched attack on an army barrack in the area before they went to effortlessly took over the town and embarked on a house to house raid.