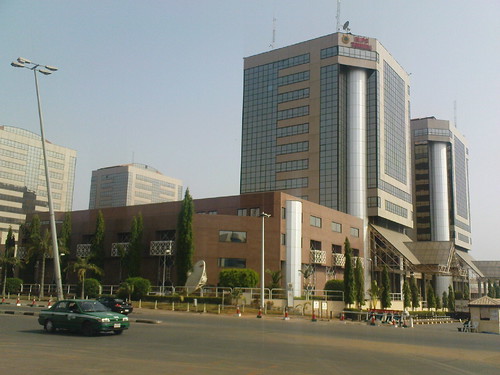 Tight security measures around the four towers of Nigeria National Petroleum Corporation headquarters located in the Central Business District of Abuja on Tuesday led to wild rumours of bomb scare in the expansive complex.

Sources within the Corporation however swiftly dismissed the rumour.

Reports indicated that armed security officials made up of policemen and soldiers had early on Tuesday morning taken control of strategic areas at around the NNPC Towers, ensuring that there is a free movement of vehicles on the adjoining roads.

Access to the Tower was restricted to only workers of the Corporation and few visitors who were thoroughly screened. Tuesday is a normal visiting day in the NNPC.

P.M. NEWS also learnt that even marketers who could not show their identities were denied entry.

While dismissing the claim of bomb scare, a source within the Corporation said soldiers and Policemen have always been part of the security arrangement at the NNPC Towers, especially since the last Boko Haram attack in Abuja.

He added that the heightened security may be due to intelligence about possible attack by members of the insurgent group in the city.

“It is not just NNPC. If you look at it, more security men have been deployed around Abuja. So, there is nothing like bomb scare,” said the source who argued that if there is bomb scare, workers of the Corporation would not have been allowed into the building.

The insurgent group, Boko Haram had launched two major attacks in Abuja. In 2010, the group attacked the Nigeria Police headquarters located less than a kilometre to Aso Rock presidential villa.

The sect also attacked a building belonging to the United Nations during which it killed scores of Nigerians and foreigners and Thisday office.