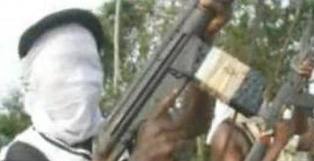 Eyewitnesses said the armed sect members numbering about 20 broke into the prisons with dynamite after shooting dead the warder on guard duty. The identity of the late warder could not be immediately ascertained.

Some other security men at the prison were reportedly injured.

An eyewitness living close to the facility said the sect members stormed the prison immediately after the “Magrib” (early evening) prayer.

According to him, on arrival at the prison, they opened fire on one of the security men at the entrance, killing him on the spot.

He said the sect members bombed the main gate of the prison to gain access.

The member representing Kogi/Koton Karfe in the state House of Assembly, Hon. Akawu Salihu, confirmed the Boko Haram invasion but could not confirm the casualty figure.

He confirmed the death of a prison warder.

According to the security agent, most of the freed inmate were those awaiting trial.