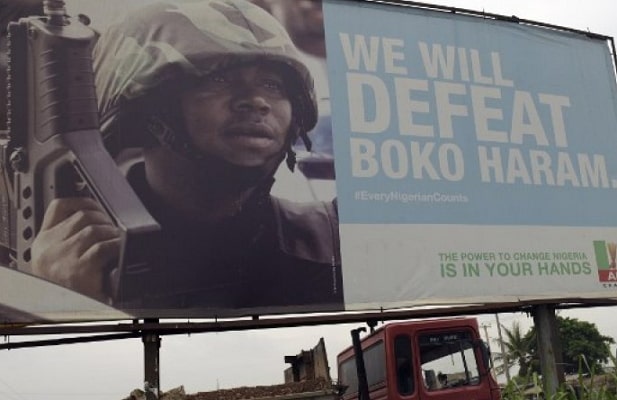 The Army have confirmed the killing of thirteen soldiers and a police officer in Yobe State in a Boko Haram attack.
According to the military, the insurgents lunched two successive attacks on a military formation and an ambush on the Maiduguri/Damaturu high way at about 6.30 pm.

The statement which was signed by spokesman 7 Div. Col. Onyema Nwachukwu said several insurgents were killed during the attack, just as the others were repelled.
Investigation  revealed that the police officer killed was the orderly to Gov. Gaidam’s ADC who was on a convoy with the governor eldest son on their way back from Maiduguri.
The governor’s son convoy ran into the insurgents thinking they were military personnels as the were said to have been dressed in military uniform.