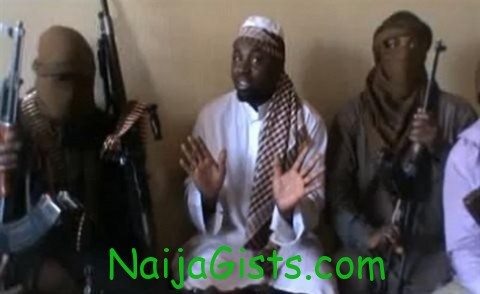 In the past months, 2 foreign news media reported the ongoing talks between the government and the sect who have been staging an insurgency against it, citing unnamed sources.

“We are telling the government to understand that if it is not ready to embrace sharia (Islamic law) and the Koran as the guiding book from which the laws of the land derive, there shall be no peace,” the sect’s spokesman Abu Qaqa said today in a written statement in the northeast city of Maiduguri, the heart of the rebellion.

Boko Haram has replaced militancy in the creeks of the oil-producing Niger Delta as the biggest security threat to Nigeria, Africa’s top energy producer. A flurry of efforts to start talks followed accusations early this year that President Goodluck Jonathan was treating the crisis too narrowly as a security issue.

But attempts at dialogue are complicated by Boko Haram’s shadowy nature and the fact there sometimes appears to be more than one faction. The main one, led by Abubakar Shekau, has never shown any overt interest in dialogue.

“They should understand that for us there is no difference between those fighting with arms and with the pen,” he said.

A group of governors from Nigeria’s largely Muslim north set up a committee on Wednesday tasked with trying to reach out to the Islamists. The committee is chaired by Bagangida Aliyu, the governor of Niger state, which has been plagued by insecurity.

It would aim to “get to the root of the security challenges and … dialogue with any identified groups with a view to negotiating the way out of the menace,” it said on Wednesday.

However, the outcome of any such initiative remains uncertain. Though Boko Haram’s anger is directed towards the southern Christian-dominated central government, it also rails against the northern elites, whom it regards as corrupt and unIslamic.

The closest the militants have come to talks with the government was in March, when Dr. Datti Ahmed, a former ally of Boko Haram’s founder Mohammed Yusuf, who was killed in police custody in 2009, attempted to establish links.

The talks fell apart within days.

“Ever since that attempt at dialogue was aborted there has not been any move for dialogue that we agreed till date,” Abu Qaqa said in Thursday’s statement.

The group has been weakened by recent arrests and the deaths of senior figures, analysts say, and has not managed to launch a massively deadly coordinated attack since one that killed 186 people in Kano in January, though it remains a lethal force.

Qaqa rejected a report in a U.S. newspaper that government officials had met a Boko Haram commander called Abu Mohammed in Saudi Arabia, denying the man even existed.

“We’ve heard about those who go about using our names in order to collect huge sums of money from the government. We are warning you,”.