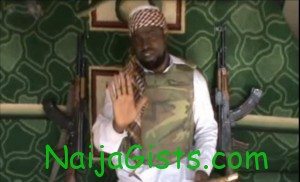 Nigeria’s Information and Communications Minister Labaran Maku, at the weekend, said the Federal Government was still open to dialogue with members of the Boko Haram sect. naijagists.com

The sect has been claiming responsibility for a wave of bombings in which hundreds have been killed since 2009.

Maku spoke in London at a security conference organised by the UK-based BEN Television.

He said: “We are ready to talk to them but we need to have a platform for that to happen; we will continue to maintain the pressure.

“Even in Afghanistan, the Americans are talking to the Taliban.’’

Describing as untrue that the government has no strategy in place to fight terrorism, Maku said: “In the midst of war, you must develop a strategy.

“We currently have a West African strategy where all our security chiefs across the region are meeting regularly to discuss cross-boundary problems, including terrorism.

“We have a strong national resource and capacity to tackle this menace and are open to fresh ideas on this menace.’’

The minister said some members of the group were willing to talk to the government, adding that it was no longer a unified organisation.

“This is a war of minds; it’s not just a military or security war; how to talk to them is a long drawn process. We need to know who they are,’’ Maku stressed.

The minister explained that the Boko Haram method of indiscriminate attacks on innocent people showed that their strategy was terrorism.

He said that the methods adopted by the group were similar with those used by others across the globe.

“There are links between the groups in Nigeria and the elements in Somalia, in the Maghreb and al-Qaeda,’’ Maku said.

Also speaking, the House of Representatives Committee Chairman on Diaspora, Mrs. Abike Dabiri-Erewa, said Boko Haram was neither a religious nor an ethnic group.

“It is a social, economic and political issue and some people just want to use it to destabilise the political process,” Mrs. Dabiri-Erewa said.

The lawmaker, who commended the government for its efforts at tackling the menace, however, said more needed to be done.

Boko Haram Attack in Jos: ‘Only God knows why the blast happened’
Trust God and pursue your dreams. Remember, life is war; have a winning mentality