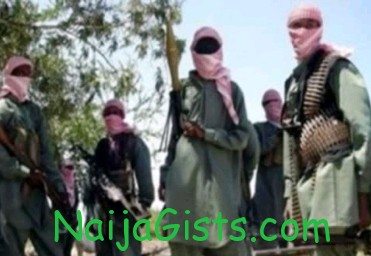 We learnt the victims were killed between midnight to early morning hours of 1 and 2 a.m on Friday.

The capital city of Borno State has turned into an intense battlefield for Boko Haram since they launched their retaliatory attacks against Borno state in 2009.

According to Vanguard report, not less than 3,000 people have lost their lives in the violent attacks currently ravaging Borno and other Nigerian North Central states.

On Friday, 19 Boko Haram leaders were declared wanted with a ransom placed on their heads.

The government promises to pay N50 million for information that could lead to the arrest of Boko Haram commander-in-chief, Abubakar Shekau.