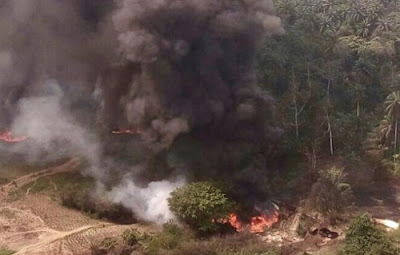 According to NAF Director of Information, Air Comm. Adesanya Tokunbo, Fitdasi was among those meeting at a secret hideout in Durwawa area of Konduga LGA Borno state when NAF rained bombs on them.