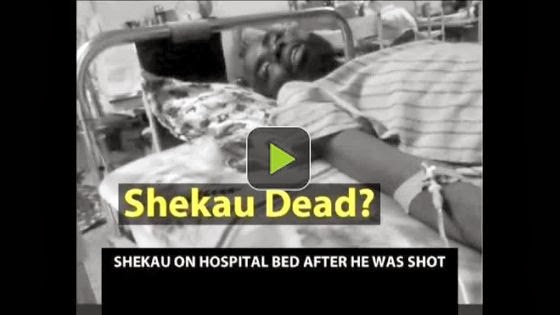 A report coming from the dreaded Islamic terrorist sect in Nigeria, Boko Haram is that their leader Sheikh Abubakar Shekau has been killed.

The factional leader of the group, one Abu Zamira Mohammed claims the sect have shot and deposed the body of Shekau few hours ago.

The group also claims Abu Zamira Mohammed has been appointed as the new leader of Boko Haram by the group’s Shura council.

Police shouldn’t believe this report because this might be another trick of getting eyes off the most wanted man in West Africa as we speak.

Few months ago, the United States of America placed Shekau on the most wanted terrorist list.

He is surely afraid of death. Can the members show us Shekau‘s dead body?

But can he ever escape judgement with all the evil he has done in this country?