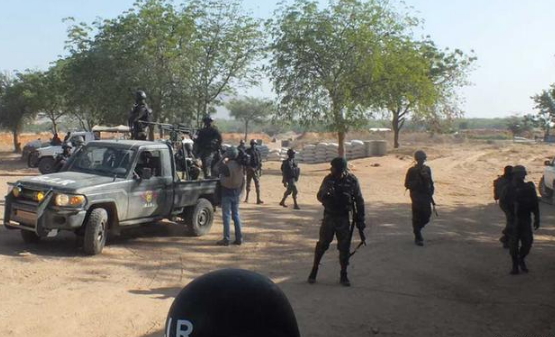 Cameroon says Boko Haram fighters attacked a command post on its northern border with Nigeria. The attack followed a series of targeted military operations in the area that the government says destroyed at least 10 bomb-making laboratories.

He told VOA the insurgents ransacked several villages after they were pushed back by the military. He said one soldier was wounded.

He says the attack on the command post is an indication that even though the enemy is in agony, it is still capable of incessantly creating trouble. He says he wants to inform them that the military will continue to defend the country’s territorial integrity.

Cameroon is one of five countries contributing to the multinational joint task force.
Cameroon sent more soldiers to the far northern border area last week after two suicide bombings in the town of Limani killed 13 people.

Tchiroma says troops have since raided eight villages on both sides of the border, killing and arresting large numbers of militants and freeing captives. He says at least 10 laboratories for the manufacture of explosive devices were destroyed.

He says some fighters have managed to escape. He says they believe the ongoing Nigerian and Cameroonian offensive called “Arrow” has pushed Boko Haram toward Nigeria’s northern border with Niger.

Landmines and suicide bombings have been a top challenge in northern Cameroon.
Cameroon sealed trouble spots along its border with Nigeria and prohibited gatherings outside mosques during Ramadan to try to mitigate the threat.