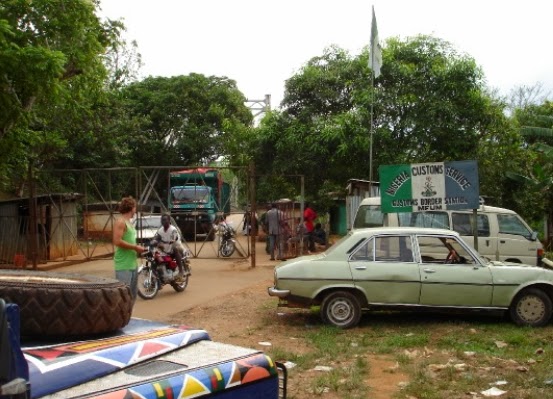 To control the sudden influx of terrorists into Nigeria, her border with Cameroon in Adamawa state has been closed down.

This was an emergency measure put in place to reduce terrorist attacks on the three North Eastern states of Adamawa, Borno and Yobe.

Yola Brigadier General Rogers Iben Nicholas who confirmed the closure stated that the decision to close the Adamawa border with Cameroon was informed by the need for full compliance to the state of emergency.

He said the borders were partially closed at the declaration of the emergency rule in the three states, but it became imperative to completely seal-up the borders against illegal movement in and out of the country.

“The borders were really not so closed per say, it was a bit closed. Miscreants were coming in from the other country, So, I felt one of the best things to do was to totally close the borders.

“What I did was to completely seal up the borders, no going in, no going out. The authority is on the strength of the state of emergency declared by the president.

“We decided to make the closure so effective and with that, we have been able to curtail the influx of miscreants, terrorist elements and other bad eggs moving in from the other country into Nigeria.

“We have passed adequate information to traditional rulers and the stations along the border areas. Other security agencies like the Nigeria Customs Service and Immigration Services have been told. Our soldiers and police are also there working together to ensure that nothing crosses into Nigeria through the borders.

“In Adamawa, there are many legal and illegal border routes between Nigeria and Cameroon, particularly in Ganye, Belel, Mubi, Madagali, Toungo as well as Maiha and other crossing points.”