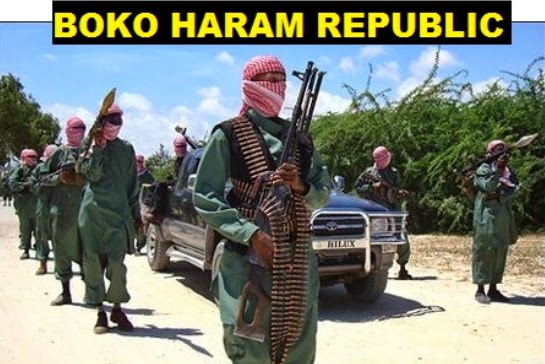 The first attack took place at Buni Yadi in Gujba LGA of Yobe where 20 soldiers where shot dead.

The gunmen then moved to Chinene in Gwoza LGA of Borno where they killed another 20 police officers on duty. They also killed 9 civilians.

The Divisional Police Officer and the Divisional Crime Officer of the Police Station in Bunu Yadi were believed to be among the victims of the attack by the insurgents who stormed the town with an Armoured Personnel Carrier and Toyota Hilux vans.

Residents said the attackers dressed in camouflage and hoisted Boko Haram’s flag on the APC and the vans.

They said the gunmen, on arrival moved straight to the military formation in the town from where they launched the attack which lasted over two hours.

The attackers were said to have set the military formation, LG secretariat, the divisional police station, the area court, the district head’s residence and office as well as some residential quarters ablaze.

The palace of the Emir, Alhaji Muktar Gangaran, was also vandalised by the insurgents during the attack, the third on Buni Yadi this year.

One of the residents, who declined to give his name said, “We counted up to 20 dead soldiers and 20 policemen when the attackers left our village after operating for almost two hours.

“They overpowered the security operatives on duty and also burnt the military base and police station in the town .”