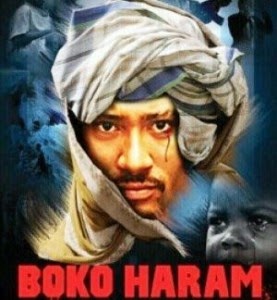 Ghanaian President John D. Mahama has charged the country’s Armed Forces to ‘be on the alert’ for asymmetrical terrorist attacks from Islamist militants, including the Boko Haram. This call is following an upsurge of attacks in Nigeria, as well as a reported heightened activity in the sub-region. Mr. Mahama, who also doubles as the chairman of the Economic Community of West African States (ECOWAS), thus tasked his security chiefs to immediately strategize and work towards countering any possible terrorist attack on the country.

Addressing the rank and file of the Ghana Armed Forces at the Burma Camp in the capital Accra on Tuesday, the president said Boko Haram, and other terrorist groups in the sub-region, threaten global peace, and should be checked before they spread further chaos. He added that even though Ghana had not yet come under direct attack, it behooves the nation to take measures to repel any such attacks if they occur.

While praising the army for their efforts in maintaining peace and security in the country, President Mahama also raised the possibility of an insurgent attack inside Ghana, especially following the recent skirmishes that claimed the lives of some 50 soldiers in the northern Malian town of Kidal. He said he backed an African Union initiative to create a rapid reaction force to check the activities of terrorists in the sub-region. He warned against nations letting down their guard, saying it ‘encouraged these terrorists’ to consider the zone as an ‘attractive foothold’ from which to operate.

Ghana is reported to have received threats from the Malian insurgents last year for their role in helping to stamp out the crisis in that country. Ghana contributed troops and flight equipment in that military effort.

Meanwhile, Cameroon has deployed about 1,000 of its troops, and dozens of armoured vehicles to its border with Nigeria, as a way of helping to stem activities of the Boko Haram Islamist sect around north-eastern Nigeria.

According to spokesman of the Cameroonian Ministry of Defence, Lieutenant Colonel Didier Badjeck, the troops “will help to carry out reconnaissance, and be ready to respond with enough fire power.”

Nigeria’s leaky borders with its neighbouring countries has always been identified as one of its major weaknesses in combating terrorism, as the Boko Haram’s foot soldiers have previously launched attacks, only to flee into Cameroon for cover.

They have also organised a few attacks in the region, most notably the kidnapping of 10 Chinese workers in the central African country in the middle of May. A soldier was also murdered in that attack.

Paul Biya, the Cameroonian President, was unwilling to get involved in Boko Haram’s battle with Nigeria, but he changed his stance during the recent regional security summit in Paris, which was attended by all of Nigeria’s neighbours that share the common border