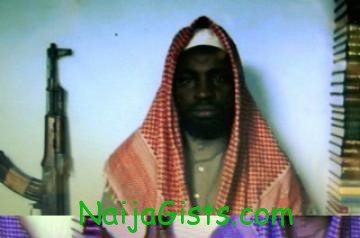 The spokesman for Islamist group Boko Haram, Abul Qaqa has been arrested. naijagists.com

The Nigerian States Security Service (SSS) arrested him with the aid of  his cell phone signal.

Stay in touch for an update