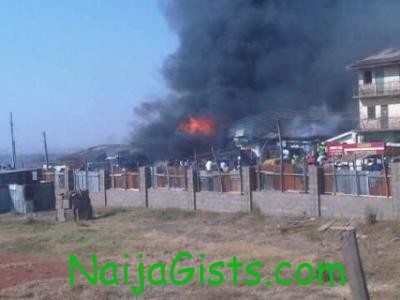 A terrible suicide bomb blast that erupted in Kaduna State on the evening of Sunday April 1st, 2012 has claimed the life of the bomber. Two others were reported injured. naijagists.com

Those injured have been rushed to a local hospital for treatment.

Stay in touch with Naijagists.com for update