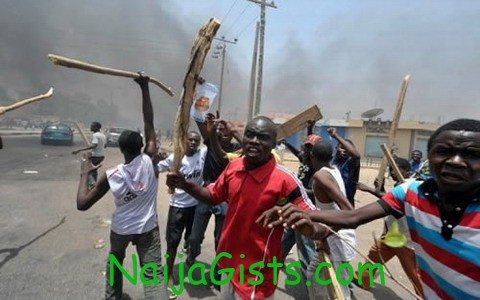 According to police sources, their action was to contain the potentially explosive situation.

In another development, a riot also broke out in Sabon Tasha Television, Narayi and Ugwan Romi.

The police managed to rescue several Hausas and Fulanis while others took refuge at Kaduna Mobile Police Barracks.

Those injured in Kaduna church attack have been transported to St Gerald Catholic Mission Hospital.

Kaduna state government has imposed a 24-hours curfew to curb the angry youth currently on rampage.