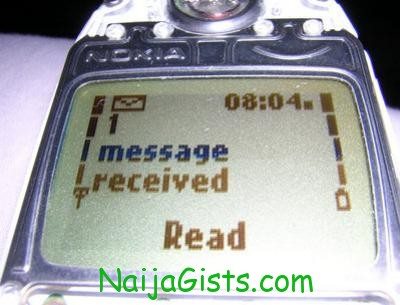 According to the daily times, the State Security Service, SSS, on Wednesday, paraded seven suspects for circulating threatening text messages and emails to foreign embassies.

According to the security agency, the messages caused the Eid-il-Kabir Boko Haram attack scare in Abuja earlier in November. naijagists.com

Chinwedu Josiah, one of those paraded, confessed to the act. According to him, sometime in October he sent emails to some foreign embassies in Nigeria, including that of the US, threatening their citizens, with the intent to extort money from them.

According to the SSS spokesperson, Marilyn Ogar, an example of one of the messages sent read: “Someone wants me to assassinate you, but I will spare your life if you pay a ransom to my Intercontinental Bank account.”

According to Chinwedu, he said he obtained their email addresses through a simple Google search and decided to cash in on the security crises in the country caused by Boko Haram to better his lot. naijagists.com

Another suspect, Haruna Hasan, who the SSS said was operating from Kaduna under the guise of being the secretary to the Boko Haram sect, threatened a former governor who is now a serving senator, a federal permanent secretary, a political party woman leader in Maiduguri, another senator and a Bauchi State Party Chairman.

Hasan told them to donate money for the propagation of Islam or risk being bombed. He purportedly received various sums of money, ranging from N30,000 to N100,000, from his victims.

A four-man syndicate, also paraded, was alleged to have been responsible for death threat text messages sent to some Nigerians in a bid to extort money from them.

The members of the syndicate; Stanley Ochuwa, Emmanuel Chinonyerem, Onyekachi Akpasue, and Mathias Akuegbo all confessed that they carried out the said acts.

Finally, one Efe Lawrence was paraded for sending death threats to several high profile personalities, including a senior Director in the Ministry of Information.