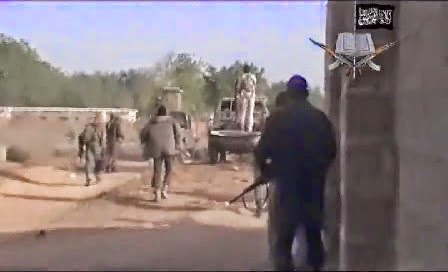 Suspected Boko Haram fighters disguised as gospel preachers hoodwinked some Christian villagers near Maiduguri on Wednesday night before opening fire on them.

45 people were murdered in cold blood when the gunmen pretending to be peace lovers entered the village around 9:30pm.

The attack happened in Barderi, a village very close to Maiduguri.

Two Barderi residents who escaped the attack reported the case to security operatives on Thursday.

Barderi is a predominantly christian community near Maiduguri, the capital city of Borno state.