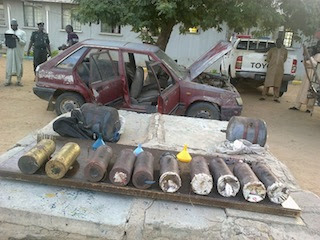 Residents of Jos, the Plateau state capital have been alerted by the federal troops known as Operation Safe Haven (OPSH) of the presence of Boko Haram in the city.

The federal troops reported that the insurgents may be planning to detonate bombs through suicide bombers or car bomb at crowded places like markets, relaxation centers, motor parks and schools.

There have been several cases of multiple bomb explosions in the city in recent past which led to the deaths of hundreds of residents including car bombs, suicide bombing and throwing of grenades.

The last of such attacks was during the last Ramadan fast which killed many worshippers listening to sermon at Dilimi Mosque Jos.

In a statement released in Jos on Sunday by the spokesman of the OPSH, Captain Ikedichi Iweha, the federal troop has called on citizens of the state to be security conscious and tighten security around public places.