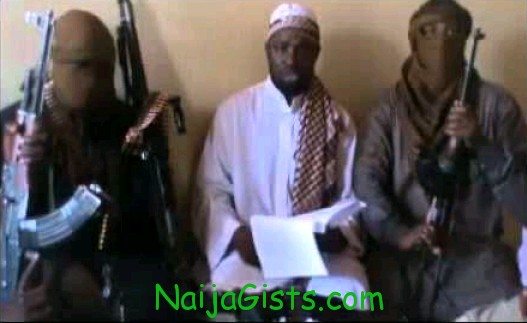 In this latest threat, they vow to bomb major government-owned properties, offices and residential quarters, in the 19 Nigerian northern states including Abuja.

In what appears to be a defensive response to growing public anger and a tactical shift in operational approach, the spokesperson for the sect, Abul Qaqa, told PREMIUM TIMES, Thursday afternoon, that the facilities being targeted are in retaliation for the destruction of properties belonging to its members and those it characterized as “innocent landlords” in some parts of Kano and Borno States.

In a prompt response, the police asked Nigerians to disregard such a threat and go about their normal business, adding that it is battle ready to repel any attack by “any criminal group”.

It is not clear whether the State Security Service is aware of the fresh threat by the group. The spokesperson for the agency, Marilyn Ogar, declined comments, saying she would not respond to telephone enquiries.

In a move indicating that the group is battling for its share of the minds of the public, Mr Qaqa also said his sect is giving a notice in advance of the attacks because, “we don’t want innocent people to be caught in the attacks. We are not happy that innocent people are dying in our war with the government. And that is why we have reduced our attacks in the past few days to enable us to strategize.”

He accused the Joint Task Forces, the inter-agency outfits in charge of security in Kano and Borno states, of harassing and arresting members of the sect in the two states.

“Most of these people live in rented apartments,” Mr. Qaqa claimed.

“But to our utmost surprise, after arresting them, some with their wives and family members, the JTF will bring out their properties. Both the apartments and the properties are then destroyed.

“This has become the new trend and it is becoming difficult for people to rent out accommodation to people, and a lot of people, including our people are homeless.

“Because of this trend, we have decided that in the coming days, every Nigerian, especially in the North, including Abuja, should vacate any government quarters or buildings – residential, office, classroom or anything owned by government.

“Every government building, whether occupied or empty will be blown up. Whoever is caught up in the attacks has his or herself to blame. We have done our best by
issuing this warning,” Mr. Qaqa said

These animals are determined to destroy Nigeria.

What else can we do than to continuously seek the face of God through prayer.