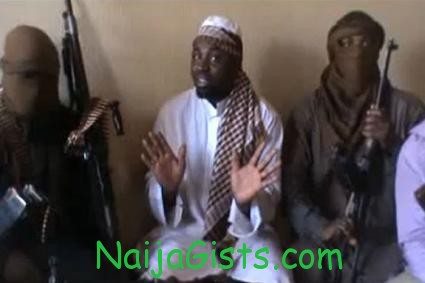 Boko Haram terrorist sect via their spokesman, Abu Mohammed has vowed to cease fire only if former Borno State Governor, Ali Modu Sheriff can be arrested and prosecuted according to the law of the land. naijagists.com

The sect who spoke to journalist in a tele-conference in Maiduguri on Nov 1st, 2012 said this is an opportunity for a complete cease fire.

According to Boko Haram’s spokesman, Abu, the group has planned to stop their incessant attacks if the Federal Government can arrest the aforementioned ex-governor and rebuild their places of worship that was demolished back in 2009. 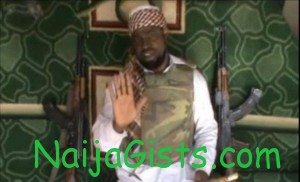 Abu Mohammed further said the government should release all their members in the custody of SSS with immediate effect and all their wives who were displaced following the crises as well as their children must be rehabilitated into the society to create room for a fruitful dialogue with the Federal Government.

Boko Haram demanded a dialogue which must take place in Saudi Arabia through the following Muslim elders:

Boko Haram Mandates 5 Members To Dialogue On Their Behalf

According to the group’s spokesman, Abu, the 5 members of the sect mandated to dialogue on the behalf are:

Abu also said most of their attacks were motivated by politicians seeking power in the Borno Emirate council and the federal government.

He said Boko Haram militants are not fighting for Allah.

He further said the destruction of school across Borno state were carried out by angry politicians who were denied contracts from the government.