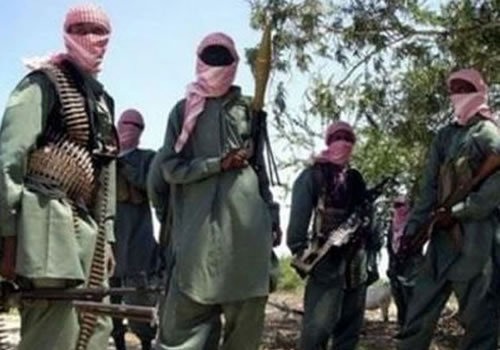 July 30, 2013 – Perception Of Boko Haram Among Nigerians: 88% Of Christians & 69% Of Muslims Consider Them As Bad Terrorists

Objective: Nigeria, Africa’s largest nation is plagued with eth­nic, political and religious tensions. Boko Ha­ram, a terrorist labeled organization–operating out of its Muslim predominated north eastern states–is an existential threat to the peace and prosperity of the na­tion. Considering that all terrorism or rebel­lion is so­cio-political, this paper in­vestigates the perceptions of Boko Haram within the major religious groupings.

Method: Data were obtained from survey res­pondents who participated in a 2013 ENDS internet survey. 414 com­pleted forms were used for the study. Mus­lims, Christians, “no reli­gion” and “other” were sampled with 10 questions. The ENDS survey was published on several internet fora, with invitation emails sent out to over 25,000 Proud Nigerian forum members. The social media sites that parti­cipated in­clude:Proud Nigerian, END, Nigerian Village Square and News Rescue.

Results: Analysis showed that 69% of Muslims con­sidered Boko Haram bad terrorists, compared to 88% of Christians. Muslims were more likely to support an am­nesty for Boko Ha­ram, with OR 5.5 (P<0.0001). 32 Mus­lims voted for amnesty, 25 rejected it. Of Chris­tians, 238 said no to the amnesty, 24 said yes. 59% of respondents opted not to di­vi­de/disintegrate Nigeria to solve inse­curity. 47% of Muslims and 30% of Christian res­pondents view Boko Haram as devil worshipers. 50% Muslims and 25% Chris­tians see the government as being behind Boko Haram.

Conclusion: Our findings suggest that vir­tually all Nigerians perceive Boko Haram to be bad terrorists. There is high suspicion across religious lines of government and political involvement. A large number of respondents categorize Boko Haram as de­vil worshipers. Muslims were ob­served to be more favorable to am­nesty, though most rejected it; and most Nigerians do not view a disintegration of the country as a solution to the security prob­lems. Importantly, many Ni­gerians blame politicians and the politi­cal process for Boko Haram.

My Take On Child Bride, Underage Marriage In Nigeria “I Laugh In Tears With Nigerian Senators”
Kano Bomb Blast Survivors Narrate Ordeal “The Bombers Attacked Us At Sabon Gari”