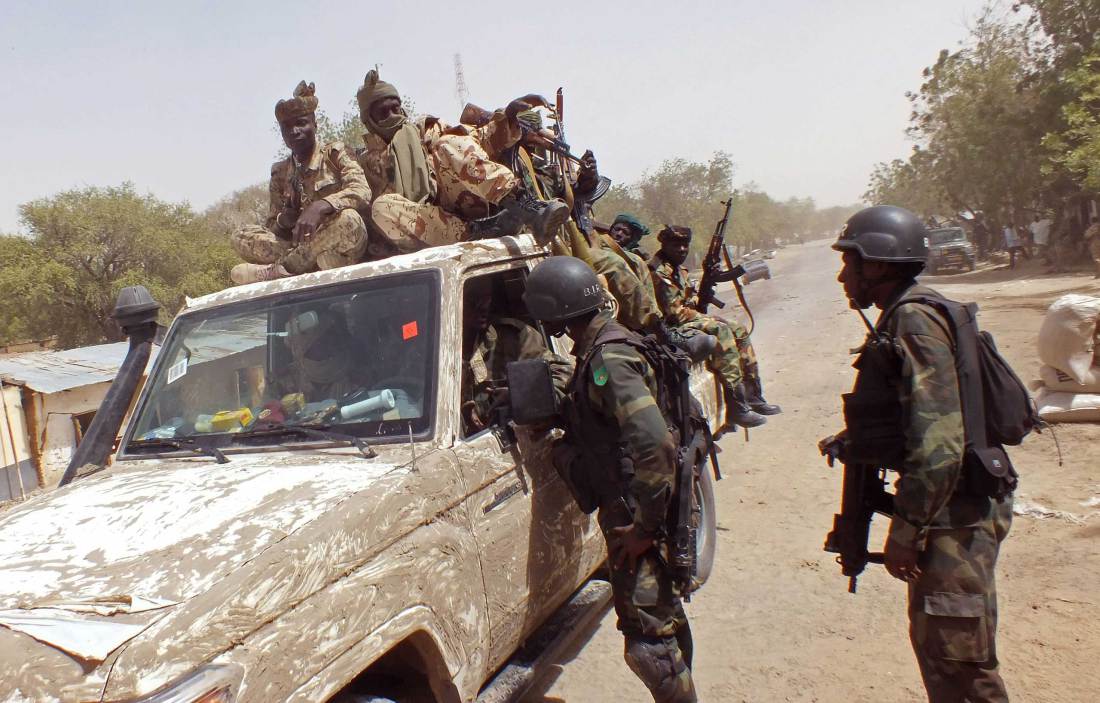 December 5, 2015 – Boko Haram’s Planned Christmas Attack In Abuja: Military Warns Nigerians To Be On The Alert

“This is to inform the general public that the Boko Haram terrorist group has continued to establish and operate sleeper cells whose (sole) mandates are to conduct surveillance and carry out subsequent attacks in the FCT.

“This disclosure has become necessary following the arrests of the sect’s members who migrated from various conflict theaters in the North East to the FCT in order to enable them capitalize on the excitement of the yuletide season to launch attacks in the city.

For instance, on October 29th, 2015, the duo of Muhammed Hassan Idris (a Nigerien) and Baba Abdul Maina were arrested at Panteka area of Apo, Abuja.

“This was followed by the arrest of Sanni Mohammed (aka Kakase) and Ahmed Umaru (aka Mallam; Mallam Hamdi Garne; Ahmed Daubi) in Lafia, Nasarawa State. Sanni, who hails from Potiskum, Yobe State, fled the area following his involvement in coordinated suicide attacks in Yobe, Plateau, Kano and Kaduna States.

“In a related development, on 19th November 2015, Mohammed Shiwar ABUBAKAR andMusa TA’ADA were arrested at Shoprite Junction, Apo, Abuja. ABUBAKAR hails from Borno State and operates as a taxi driver in Abuja.

“He is of an unknown address but claims that he sleeps in his Volkswagen Golf car at the Honda line, Apo mechanic village, Abuja. The Gwoza-born TA’ADA also operates under the cover of a suya seller at Apo Primary School along Kabusa Road, Abuja.

“Still, on 23rd November, 2015, one Ahmed HASSAN was arrested while carrying out surveillance on a high-profile hotel in the city. He hails from Katagum, Bauchi State.
“Suspect admitted using the cover of a beggar to sustain surveillance on his targets. Bulama Ali, had previously been arrested in Karu, Nasarawa State, on 22nd November, 2015.

“Similarly, on 1st December, 2015, Hassan Abubakar and Mohammed Gwale Mohammed were arrested at Madalla, in Suleja LGA of Niger State following intelligence that they were planning to commence attacks in the FCT after a successful surveillance of the city.

Before his arrest, Abubakar was working with other sect members in different parts of the country notably Borno, Yobe, Taraba and Adamawa States.
“Abubakar was arrested in the house of Mohammed GWALE who claims to be a Federal Civil Servant from Niger State. He (Gwale) has made useful statements which are helping with further investigation.

“So far, preliminary investigations reveal that the suspects and others still at large may have adopted their respective trades as plausible covers to infiltrate the city and its environs in their bid to conduct successful surveillance and map out soft targets for the sect’s attacks.

“The DSS’ operations are, therefore, aimed at preempting any attacks by the terrorist elements against the backdrop of the upcoming festive period and beyond.

“It is in this regard that the Service wishes to advise residents and all law abiding Nigerians to remain vigilant especially at this yuletide season and promptly report to security agencies any suspicious movements and persons in the FCT and even other parts of the country.

“The Service also assures the general public that it will continue to carry out its responsibility of ensuring peace and security in Abuja and beyond.”