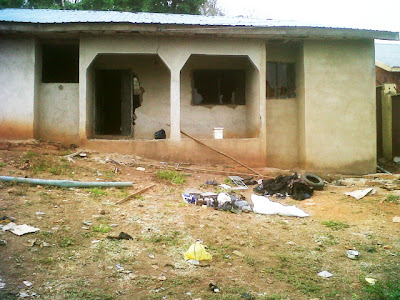 The Commissioner of Police, Kogi State Command, Mr. Muhammed Katsina, on Monday said the command had uncovered another bomb factory in Okaito, a remote village in Okehi Local Government Area of the state.

From December 2011 till date, four different bomb factories had been uncovered in Kogi State. One was at Kabba, while the remaining three were at Lokoja, Okene, Okehi and Adavi areas.

Speaking with journalists in Lokoja, he said police officers uncovered the bomb factory with the help of the suspect arrested in connection with last Sunday’s bomb explosion near Living Faith Church and Deeper Life Christian Church, along Okene-Obehira Road in Okene.

He said the factory buildings were designed as a church and a mosque ostensibly to deceive people while in actual fact, they were buildings where bombs of various sizes were manufactured and transportation to other places.

He, however, did not name the owners of the buildings, but said investigations were ongoing.

While parading the suspect, Katsina warned that those arrested in connection with any crisis or insecurity in any part of the state would be punished according to the law, no matter how highly placed.

Also, less than 48 hours after an attack by suspected terrorists gang in the Mahuta Village of Kaduna State, the police in the state said on Monday that they raided a bomb factory located at Rafin-Guza, near Kawo, where it impounded different cans of explosives and bomb-making powder.

Police Public Relation Officer of the state command, Aminu Lawan, a Deputy Superintendent of Police, said one person was reportedly killed during the attack which was repelled by the youth of the area.

The Kaduna State Police Commissioner, Mr. Mohammed Abubakar Jingiri, at a press briefing at the headquarters of the command, said a “confessed terrorist” led the police to the hideout where other items were equally recovered.

These included two bags of chemicals, a jerry can of acid, two masks, an AK47 magazine with 27 rounds of live ammunition and eight car alarm systems.