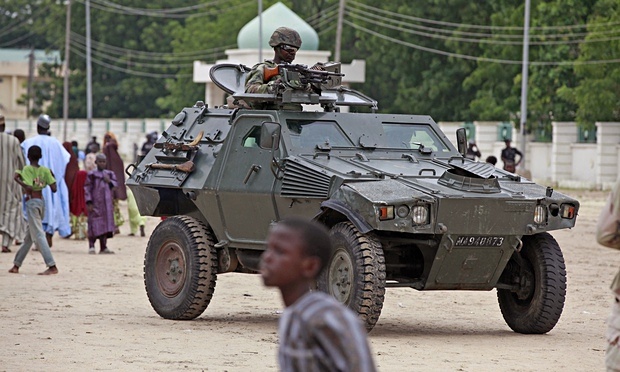 A very young suicide bomber detonated his explosives, killing himself, two other bombers and six people in Borno State, in the latest bloodshed blamed on Boko Haram sect, the army said on Monday.

The attack in Beninsheikh, Borno, happened around 8.30pm on Sunday when three suspected suicide bombers aged between 10 and 15 years, were stopped for security screening by civilian vigilantes in the area, Col. Sani Usman said in a statement.

He said one of the bombers, who was strapped with explosives, detonated the bomb, causing the “death of nine people, while 24 others sustained various degrees of injuries.”

Usman, according to AFP, said the three suicide bombers were among the dead.

“The security and emergency management agents have mobilised to the scene. The bodies have been evacuated and all those injured are receiving medical attention,” he said.

Suicide bombings – many by young boys and girls – have fast become Boko Haram’s preferred method of inflicting civilian casualties since it lost control of captured territory to a renewed military offensive by the military in recent months.