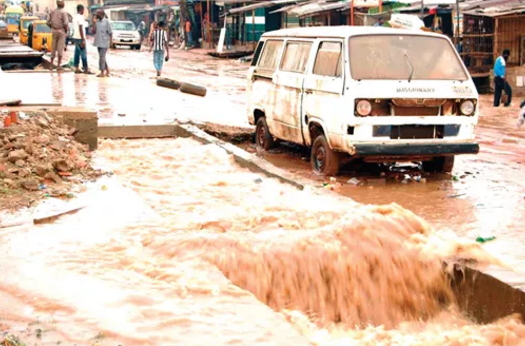 An 18-month-old boy died over the weekend in Yenagoa Bayelsa state.

The boy identified as Excel reportedly drowned in a drainage on Customs Road in Biogbolo area of Yenagoa on Saturday after a heavy rainfall of over 5 hours.

According to residents, the boy’s mother left him in the care of a neighbour and travelled to her village in Edo state to prepare for her dad’s burial while the boy drowned.

The incident happened around 1pm.

He was said to be playing with his elder brother before his father decided to take a nap when the incident occurred.