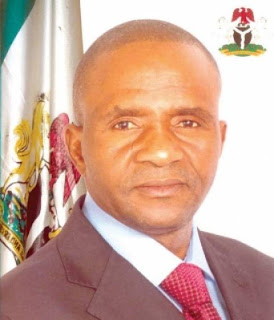 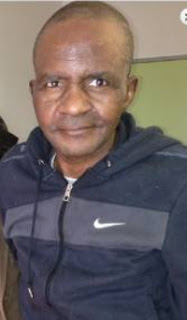 The governor, who survived an air crash in Yola, the Adamawa State capital, last October – he was the pilot – has told his doctors to allow him return home, Taraba State officials who visited him said yesterday. They spoke to our reporter in Jalingo.

Suntai sustained multiple injuries, and was initially flown to Germany from where he was taken to the United States.

The officials, however, added that doctors, particularly the physiotherapist handling Suntai, advised that it would be unwise to fly him back now. They urged him to stay a little more and get “full recovery” before returning to continue with his job.

They also reportedly advised against receiving too many visitors who are also warned against discussing politics with him.

It was gathered that contrary to claims, the ailing governor was never taken to the John Hopkins University Hospital in the United States. Suntai has been receiving physiotherapy/treatment at a clinic residence in New York since leaving the German Hospital in Hannover in March.

The Chief Medical Director (CMD) of Taraba State Specialist Hospital, who is also the governor’s physician, Prof. Zakari Yusuf Aliyu, had suggested that Suntai be evacuated from the German hospital to the U.S.’ John Hopkins because, according to him, it has better medical gadgets to treat the governor’s ailments.

Aliyu said Suntai was suffering from “spinal cord persistent” and “closed head injury” which made him have “expressive and receptive alphasia”.

A member of the Taraba State House of Assembly and a friend to the Suntai family, Hon. Mark Useni, told The Nation that Suntai had recovered and was looking good when he was with him a few days ago.

“The governor has recovered and even said he is tired of the environment there. His return is only being delayed on the advice of his doctors,” Useni said.

Useni, along with a former Deputy Speaker of the Taraba Assembly, Hon. Abel Peter Diah, and the Commissioner for Water Resources, Mr. Rebo Usman, who visited the ailing governor in New York, returned at the weekend.

On whether the governor could walk, read and talk, Useni said: “I cannot lie to you. We spent a long time with the governor, chatting. When we went outside and took photographs with him, he suggested that we should go to the Green House to conclude our discussions.

“Yet, while we were still with the governor, the chairman of the Taraba Muslim Pilgrim Board also called from Nigeria and they spoke,” Useni said.

Useni added that as they were chatting with the governor, a House of Representatives member representing Bali/Gassol Federal Constituency, Hon. Haruna Manu, also joined and took photographs with him.

Hon. Abel Peter Diah said their visit to Suntai was not official.

“When I saw the governor walking and talking well with us, I said in my heart that human beings are wicked – this is a man they are saying he is in a vegetable state.

“When we arrived, we were waiting for him on the ground floor. He came down from an elevator.

“He greeted all of us by name and even asked about those at home. So, I began to wonder – is this a dream?

“You wouldn’t believe that when we were discussing, he (Suntai) told us not to bother about what people say about him.”

Acting Governor Alhaji Garba Umar, who also recently saw his boss in the United States, said his condition had improved so fast, contrary to what he (Umar) was told at home by Suntai’s opponents.

Garba said on BBC Hausa News service at the weekend, that he supported that Suntai should continue to stay in the United States for “complete recovery”.

It was gathered that Suntai’s residence in his village, Bali, has been renovated.

Besides, there are dresses emblazoned with the governor’s portrait – all in anticipation of his arrival.

It was gathered that Suntai has not been told that former Speaker Istifanus Haruna Gbana, his then deputy, and the majority leader, had been impeached.

Diah said even when the governor sought to know whether the House of Assembly under their leadership was cordial with his deputy (Garba Umar), he just answered in the affirmative –that “all is well”.

Suntai has also not been told that National Chairman of the Peoples Democratic Party (PDP), Alhaji Bamanga Tukur, has set up a party panel to probe his health and office, and the matter and other sundry litigations against his prolong absence were in court.

Senator Emmanuel Bwacha (Taraba South) also spoke to The Nation on telephone from New York at the weekend while with Suntai.

Bwacha said he was surprised that Suntai’s opponents were not God-fearing, in spite of God’s wonders on the Taraba governor.

“Let anyone say whatever he or she wants (on the governor’s health). I am with the governor now, but I don’t want to react to what people say because when they misinform the public and you are trying to say the true things, they say you are playing politics.

“But may God forgive them so that they can repent. They will soon see the governor returning hale and hearty,” Bwacha added.

[Report by The Nation]