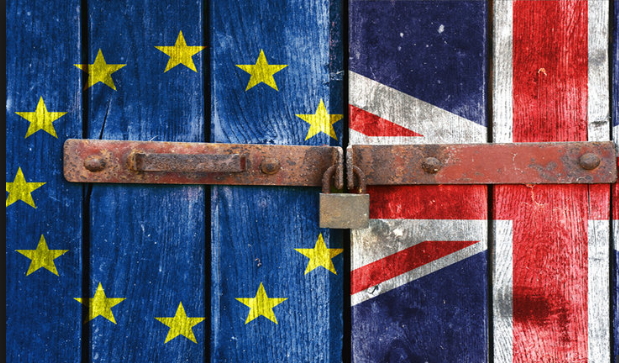 July 4, 2016 – Brexit: What Buhari Must Learn From Britain’s Planned Exit From The European Union

This article is coming a little bit late, because I had to watch the drama called Brexit and see how it all ended, I was also interested in finding out the reactions of key players in European politics, especially as it is obvious that a good number of those who have access to political power in Britain are keen on retaining that country’s membership of the European Union.

To many economists and politicians of Britain, the EU may have its disadvantages for Britain, but it is better they remain with them, than opting out. But as the referendum has shown, majority, though slim, of British people, think otherwise. They have voted to exit the European Union.

This landmark voting means a lot not just for the Brits who have voted either side of the divide, but for us in Nigeria, who are victims or beneficiaries of the British political system, depending on how we think about it. The Nigerian marriage was officiated on by the British colonialists without consulting with the Nigerian people, and many Nigerians, including those in the corridors of power have not hidden their desire to see this marriage renegotiated. Every major ethnic group in the country has people and groups within it that are fighting for separation from the entity called Nigeria.

To many people, Nigeria has never been a nation and no matter how hard anyone tries, only a renegotiation of the country will solve our problems. Prime Minister, David Cameron has never being a supporter of Britain’s exit from the European, may be, because of the fear of the unknown.

True to his words and in no confusion about the likely outcome of such referendum, David Cameron, an ardent supporter of the ‘REMAIN’ campaign, organized a referendum against his own will for Brits to decide their fate.

This is the first lesson, the young Conservative politician is teaching our President, Muhammadu Buhari. Democracy is what it is, because it is the rule of the majority, people have to be carried along in taking decisions that affect them.

no matter how noble a policy or an idea is, if it is resisted by majority of the people, it has to be stepped down. Promises made during elections must be kept by responsible leaders. Before Prime Minister David Cameron made the promise to British voters that he was going to conduct a referendum to determine what happens to the United Kingdom’s membership in the EU, he already knew where his vote will go.

He believed and still believes that the United Kingdom will be better served if they continued in the EU, but as a respecter of democratic norms, he approved the referendum, and then went into the streets to talk to the people on the benefits of remaining in the EU.

The idea of exiting the EU may turn out a very bad one, but that is one of the pains of democracy, and once you are committed to it, you must uphold its principles. Democracy does not allow one man to think for all people democracy is built on the belief that the more people that participate in the process of decision making for a country, the more likely it is that majority of the people will take responsibility for the outcome of such decisions.

The idea of exiting the EU is a dangerous one with far-reaching consequences on the economy, politics and even existence of the United Kingdom. analysts have even predicted that the triumph of the ‘LEAVE’ vote may bring an end to the oneness of the UK.

Scotland which is one of the four countries that make up the UK voted massively for the UK to remain in the EU, and it is believed that the Scots are especially interested in the UK’s continued membership of the EU, because they see that as a measure to check Britain’s political dominance of their country.

David Cameron understands that majority of UK citizens prefer a continuation of the Union as it presently is, but he cannot railroad them into casting their votes for the UK’s continued stay in the EU, as that may go a long way in guaranteeing the sustenance of the Union.

The UK economy is already feeling the negative impact of this referendum with economists projecting the effect of this exit vote for the UK to diminish the UK economy by about 7.5 percent in the next fifteen years. Britain’s chancellor of the exchequer, George Osborne had even toyed with the idea of freezing trading on the stock market, as market watchers predicted what the VOX news called ‘Explosion of volatility’.

The freedom previously enjoyed by UK based companies in the European market will also be drastically affected by this exit, as companies that presently enjoy unfettered access to all the markets in Europe will now have to begin extensive negotiations with other countries where they want to retain their operations.

This will cause job losses, and other inconveniences to the UK market. Immigration, politics and even security will be in for serious reworks with the United Kingdom’s exit from the EU. David Cameron understood all this, but he also understands that theirs is a democracy, where the peoples’ wish must prevail.

[About the author: Onwuasoanya writes from Owerri]