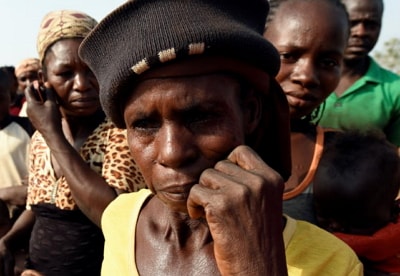 The attack on African Church attack came in less than 48 hours after Fulani herdsmen attacked and killed two priest and 17 worshipers during a funeral mass in Gwer east local government area in the state .

The Nation gathered that the heavy Fulani terrorists sacked the entire community and leaves several others injuried.

A victim, James Iorlaha, who escaped the church attacked told The Nation on phone that the attackers stormed Mondo settlement about 12.22am and started shooting sporadically at those who were asleep in the church and primary school buildings.

Most of the victims are internally Displaced Persons ( IDPs) ,who had been attacked early and now taking refuge at the church and primary school block .

Iorlaha stated that the heedmen set many houses ablaze while scores sustained injuries.

Chairman of Logo LGA, Richard Nyajor, confirmed that herdsmen attacked Mbamondo clan of Ukemberagya Gaambe-Tiev and killed so many people inside African Church .

“The casualties may be much but so far, we have recovered about seven corpses and we are still searching for more. These killers have taken over our entire areas and now leaving at the mercy of God said Richard Nyajo.

“I want to use this medium to call on federal government to intensify effort and bring these mindless killings to an ends”, Nyajor said