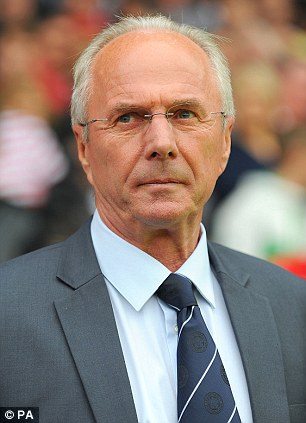 On Monday Oct 22, 2012, 4 civil claims were filed against MGN, Mirror Group Newspapers for damages from any firm outside Rupert Murdoch’s News International.

“We have no comment; we are unaware action has been taken at the high court.” – said the spokesperson for the MGN

The claims were filed by solicitor Mark Lewis on behalf of Sven-Goran Eriksson and ex-footballer Garry Flitcroft, Abbie Gibson, actor Shobna Gulati and ex-nanny to Victoria and David Beckham.

The claims lodged on behalf of Gulati, Gibson and Flitcroft, allege phone hacking at either the Sunday Mirror or the People.

MGN faced accusations of hacking during evidence to Lord Justice Leveson’s inquiry into press standards, but has always said: “All our journalists work within the criminal law and the PCC [Press Complaints Commission] code of conduct and we have seen no evidence to suggest otherwise.”

Morgan edited the Daily Mirror between 1995 and 2004. He gave evidence to the Leveson inquiry in December when he repeatedly denied any knowledge of illegal news gathering techniques at the tabloid. But in May, BBC Newsnight presenter Jeremy Paxman claimed to the inquiry that Morgan had personally shown him how to illicitly intercept voicemail messages at a lunch in September 2002.

Paxman claimed that at the same lunch Morgan had teased Ulrika Jonsson about the details of a private conversation she had had with Erikson, who was England manager at the time.

The four claims accuse the newspapers of a “breach of confidence and misuse of private information” relating to the “interception and/or misuse of mobile phone voicemail messages and/or the interception of telephone accounts”.

Former Blackburn Rovers footballer Flitcroft told the Leveson inquiry in November that he had been hounded by tabloid newspapers over an extra-marital affair in 2001. Golati is the actor best known for playing Sunita Alahan in Coronation Street and, previously, Anita in Dinnerladies.

The formal hacking allegations come weeks before Leveson is expected to outline a critical assessment of the ethics of the press in his report to prime minister David Cameron. (PM reports)

How I Escaped From Lagos Ritualists Who Killed 10 Others – 13-Yr Old Girl
Funke Akindele Speaks Up On Husband: I’m The Only Woman He Married