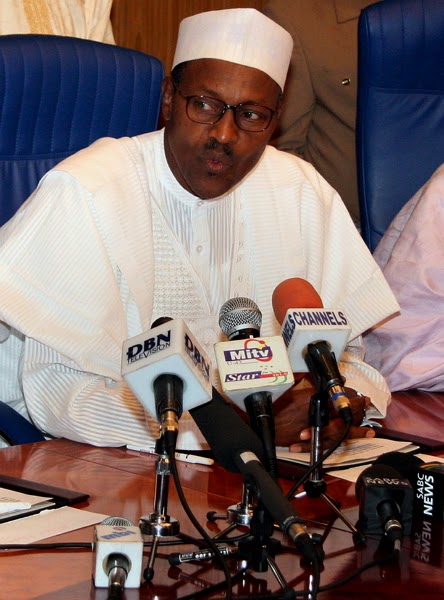 “The fraud called Boko Haram can be defeated by denying it a recruitment base,” General Buhari told visiting leaders of Nassarawa State who came to congratulate him on his emergence as President-elect. No religion allows for the killing of children in school dormitory, in markets and places of worship. They have nothing to do with religion. They are terrorists and we are going to deal with them as they deal with terrorists anywhere,” he announced.

Buhari said he is greatly pained by the destruction of schools in the North-eastern part of the country, an action he said could deny thousands of youngsters access to education and a better future unless something was done urgently to avert this tragedy.

“The worst thing anybody can do is to deny children access to education. That will be destructive to their lives and we are not going to allow that to happen,” the President-elect assured.
He announce that his government will help the states to get more money to improve infrastructure by ensuring that all federally collectible revenues are paid directly into the federation account and each tier of government given its due share.

“As at now, the government does not even know how many revenue accounts it has. We will give all the tiers what is due to them but will hold them to be accountable as we would the federal government.”

Buhari while describing Nassarawa state as his own “political laboratory”, meaning the only CPC-controlled state of the 36 others adjudged the experiment as having been a success.

“From one state, I now have 22 political laboratories.”
He commended Governor Al-Makura for surviving his many impeachment plots, saying “without Nassarawa, there would not have been an APC.”

Continue Reading
You may also like...
Related Topics:boko haram, Buhari