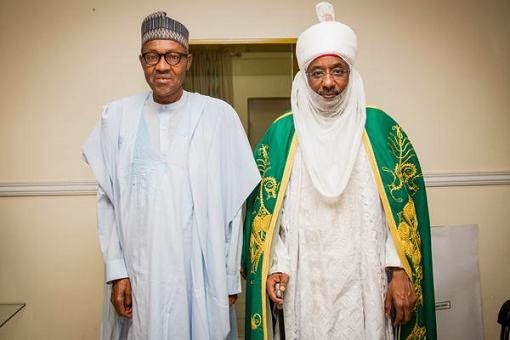 President-elect, Gen. Muhammadu Bu­hari, yesterday, gave a hint of how his gov­ernment will kick-start its fight against corruption dis­closing that he will probe the alleged missing $20 billion from the Nigerian National Petroleum Corporation (NNPC).

Speaking when a delega­tion of Adamawa State chap­ter of the All Progressives Congress (APC) paid him a congratulatory visit at his campaign headquarters in Abuja, Buhari declared that his government would revisit the matter.

He regretted that the outgo­ing government of President Goodluck Jonathan did not give the issue the seriousness it deserved, when the former governor of Central Bank of Nigeria (CBN) and incumbent Emir of Kano, Sanusi Lamido Sanusi, brought the matter to the attention of the govern­ment.

Buhari noted that rather than investigate the allega­tion, the government hurriedly removed Sanusi as CBN boss.

The President-elect, who addressed his visitors in Hau­sa language, giving a clear message on the direction of his government, warned that stealing of public funds meant to provide jobs for the teem­ing jobless Nigerian youths, would not be condoned.

He said though some gov­ernment officials were said to be returning some money to the government, he was not moved by the gesture.

He said: “I heard that some people have started returning money; I will not believe it until I see for myself.

Imagine a situation where the former CBN governor, who by God’s grace later be­came the Emir of Kano raised an issue of missing billions of money, not in naira but in dol­lars, $20 billion.

“What happened? Instead of investigating to know whether it was true that the money was missing or not, they simply found a reason to remove him. So, these are the issues we are talking about.

“This issue is not over yet. Once we assume office, we would order a fresh probe on the matter. We would not al­low people to steal money meant for Nigerians to buy shares and stash away in for­eign lands.”

On his campaign promises, the President-elect reiterated that his administration would do everything to address in­security in the country.

Gen Buhari accused the rul­ing Peoples Democratic Party (PDP) of playing politics with security agencies, especially the military. According to him, the implication was that the military was getting weak­er and ineffective by the year.

The President-elect, who was military head of state between December 31,1983 and August 1985, recalled the lofty feats achieved by the Ni­gerian Army in foreign lands and wondered why it had been very difficult for it to curb the menace of Boko Haram in the North East to the extent that 14 local government areas were lost to the insurgents.

Describing Boko Haram as a terrorist organisation, he stated that it had become obvi­ous that the sect’s operations were not religion-oriented but pure terrorism against the na­tion and the people.

“I said it earlier, all the religions we practice both Is­lam and Christianity do not support terrorism. So, to kill people either in the mosque or in a church, market, motor­park or to slaughter children in school, anyone who com­mits such a crime either does not know what Allahu Akbar (God is great) means or does not believe in it. This is ter­rorism. It is our hope that God gives us the power to end this.

“The 16 years of the PDP has further impoverished the people, it was the PDP, not the APP, not the CPC, not the APC. The three things we in the APC will give priority to are the issues of security, the economy and the war against corruption.”