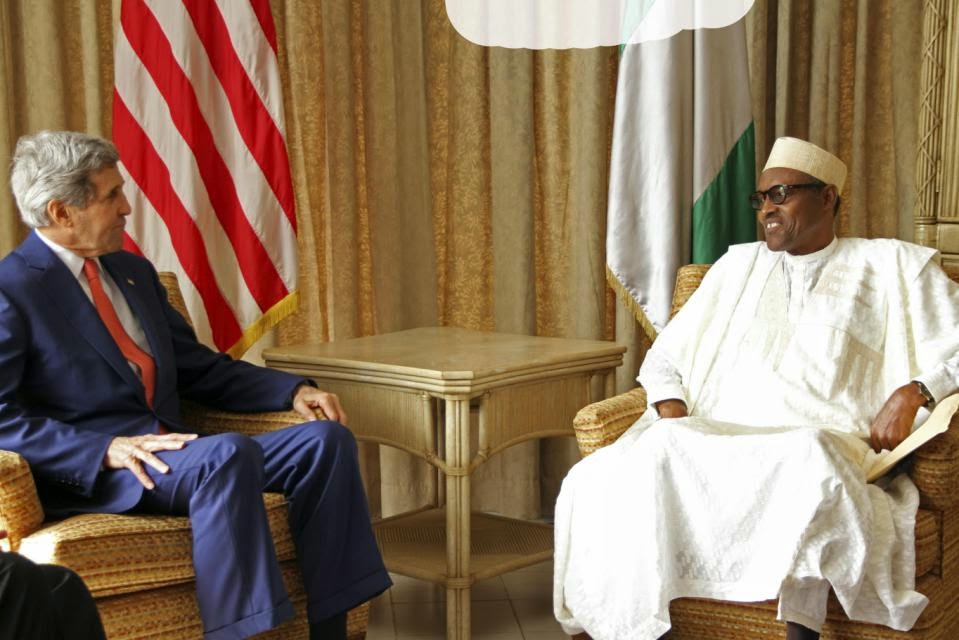 A day to the inauguration of  Gen, Muhammadu Buhari , United States Secretary of State, Mr. John Kerry, is set to arrive Abuja with a delegation, as earlier announced by President Barack Obama.

Kerry is leading a high-powered delegation from the United States to witness the administration of oath of office and allegiance on President-elect and his deputy, Prof. Yemi Osinbajo. The US delegation is expected to arrive at the Nnamdi Azikiwe International Airport, Abuja in the afternoon.

Kerry had visited Nigeria earlier, where he met with President Goodluck Jonathan and Buhari.
Also expected today are over 50 presidents from across the world, who had indicated interest to attend Buhari’s inauguration.

Chairman of the Media and Publicity Sub-Committee of the Presidential Inauguration Planning Committee, Chief Edem Duke, had revealed that over 50 Presidents and Heads of Government are expected in Abuja for the inauguration.

From Guinea, President Alpha Condé will attend the inauguration of Buhari. The Guinean President, who is arriving earlier, will meet with top Nigerian captains of industry in an attempt to attract investments to his country. He is also expected to hold a private session with the National Leader of the All Progressives Congress (APC), Senator Bola Tinubu.