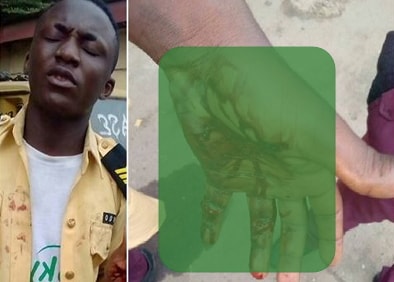 An official of Lagos State Traffic Management Authority, Olanrewaju Yusuf on Thursday narrated how a commercial bus driver almost stabbed him to death.

According to Yusuf, the incident happened on Wednesday evening on Ikorodu Road near Palm Grove bus stop.

The bus with plate registration # EPE714XP was picking up passengers at an designated stop when the official challenged him.

He stabbed the LASTMA official with a broken bottle as he was trying to arrest him and fled with his conductor as passengers ran in different direction.