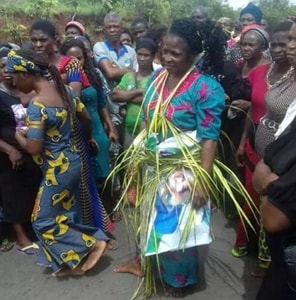 Eukeria Okoma, a women leader of the People’s Democratic Party (PDP) in Amuda, an Abia village has gone into hiding after she was stripped, lynched and almost set ablaze for alleged murder of another woman.

Her attackers alleged she was seen in a native doctor’s mirror where they had gone to find out who killed one Esther Onyeagba, who died in Calabar, Cross River State on March 28.

It was gathered that the incident occurred on April 11 and Okoma has not returned to the village after a few community members whisked her from her attackers. She said she was dehumanised, tortured, stripped and almost lynched for a crime she knew nothing about.

Okoma said her attackers were sponsored by a politician, who felt she was supporting Abia State Governor, Okezie Ikpeazu for a second term against their wish.

“Trouble started after the governor visited Amuda community and gave women a token in appreciation of the warm welcome he received. As I was sharing the token (bags of rice) among the women, a lawmaker came and demanded to know where the largesse came from and why I must be the one sharing it? “She threatened to deal with me and replace me as woman leader. She said she would use a member of the Amuda Women Town Development Union against me to ensure I either die or leave Umu Nneji.

“Before I knew it, they said I was responsible for the death of Esther Onyeagba, who died on Good Friday in Calabar. They said that my face appeared in a native doctor’s mirror as the killer. The women came to my shop at Ejifeji and damaged things there. They went to my house destroyed and took some properties away, took my money.

“They said that I must come out and dance round the village as customs demand to prove my innocence. When I showed up, they started beating me, stripped me and took me round different communities. They put a tyre on my neck and poured kerosine on me. “But for one Chinedu, who rescued me from them, I would have been set ablaze for an offense I know nothing about. As I speak, I have gone into hiding.

“My crime was supporting the governor Okezie Ikpeazu, who is not their preferred candidate. I am crying out to Nigerians and the law enforcement agencies to come to my rescue.”

A member of Amuda Women Town Development Union, Roseline Eke, said those responsible for the attack on Okoma have been arrested and charged to court. 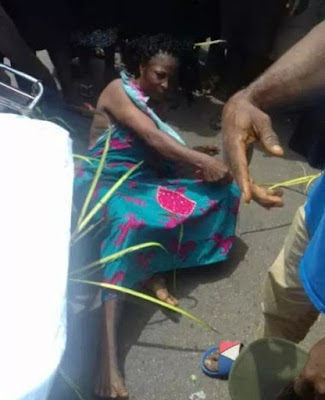 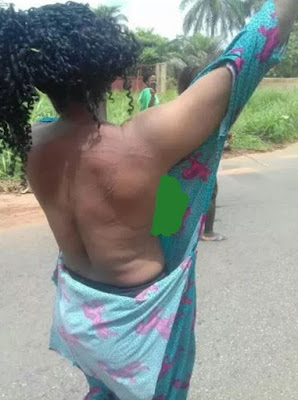 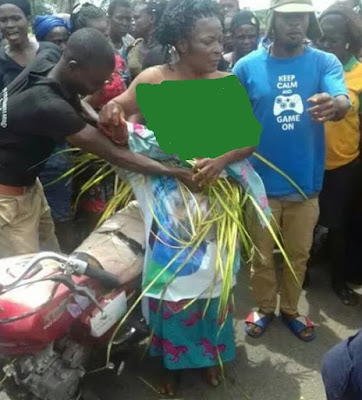