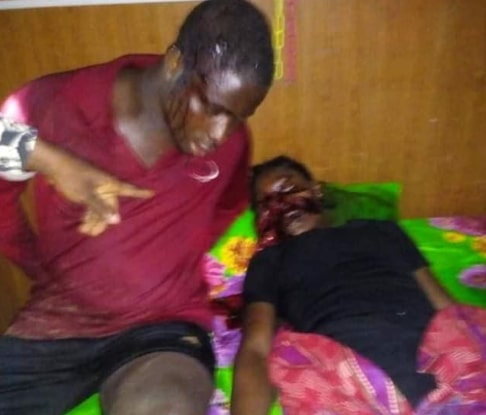 A possessive man has been arrested in Oluasiri town in Nembe, Bayelsa state for allegedly killing his girlfriend.

The suspect reportedly shot his girlfriend in the face last night while interrogating her over an alleged affair with a man he sighted her with.

Sadly, while interrogating her, the gun he held to her face went off, destroying her face and killing her in the process.

The incident happened at Oluasiri town around 11pm on Sunday.

The suspect has been arrested and handed over to police.

Nigerians Are Good People, Those Who Rescued Us Were Sent By God – Accident Survivor
Driver & Passengers Kidnapped Along Obajana Kabba Road In Kogi