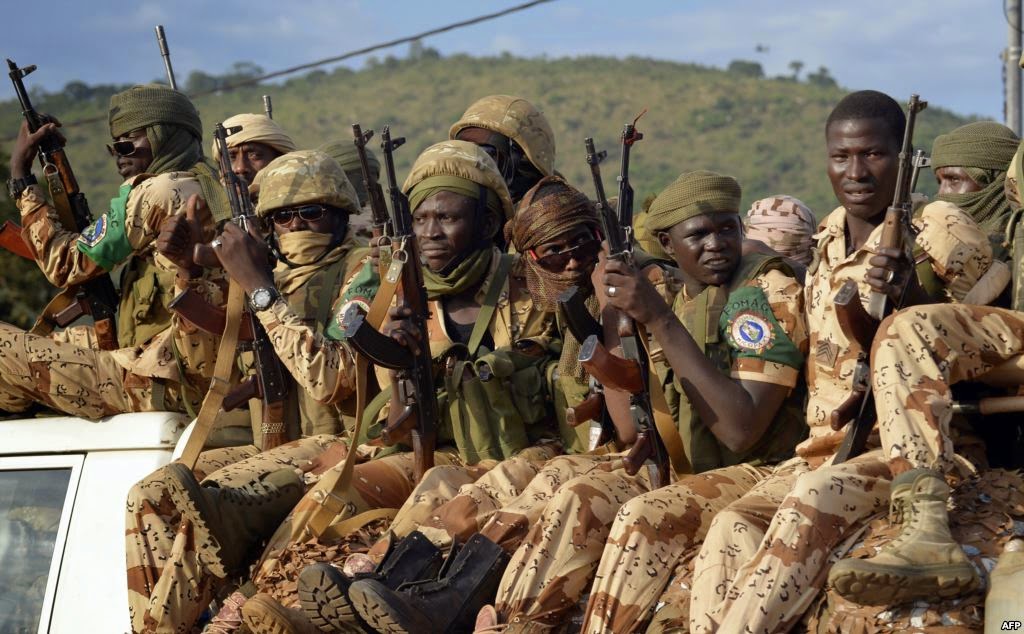 Less than 48 hours after Cameroon declared serious war on Boko Haram, the terrorists have fled the country en mass into the Nigerian soil.

According to AFP sources, 48 hours after killing 27 Boko Haram Islamists, Cameroon has once more killed many jihadists after firing several rockets into their camps inside Nigeria.

The source, who spoke to AFP, said the army had shelled the camp on Wednesday evening, two days after the jihadist group had seized control of the town of Gamboru Ngala on the border with Cameroon. “It was tanks stationed on the frontier at Fotokol (on Cameroon’s side of the border) that shelled the camp on the other side,” the source said on condition of anonymity.

“Seen from Fotokol this morning, Gamboru looks empty and smells of death,” he added. “Nobody knows how many Boko Haram members were killed, but it is obvious that many were.” The shelling was confirmed by a local police officer.

“These were abandoned houses that they have occupied since they entered Gamboru. We think they still control the town, because there are many of them and they didn’t all gather in the same place,” he said.

Fotokol had returned to calm by Wednesday following days of panic as residents and Nigerian soldiers fled there to escape the Boko Haram attack on Gamboru. Boko Haram has faced minimal resistance from the military as it has stepped up attacks across northeast Nigeria, where it wants to create a hardline Islamic state.

Why is the Nigerian military taking this issue of Boko Haram with levity…Are we out of rockets… Must Cameroon fire rockets first, where are our own ammunition.

This and many others confirm to us that top guys in the Nigerian military are the ones shielding Boko Haram.

Almost all the sophisticated weapons from the Nigerian army armoury have landed in the hands of the dreaded Jihadists.