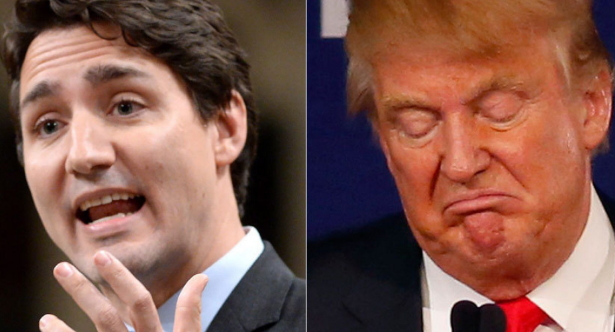 January 31, 2017 – Canada Offers Temporary Stay To Muslim Immigrants Trump Shuts Out Of The US

Trump on Friday gave an executive order barring citizens from Iraq, Syria, Iran, Libya, Somalia, Sudan and Yemen from entering the U.S. for the next 90 days

“Let me assure those who may be stranded in Canada that I will use my authority as minister to provide them with temporary residency if they need it,” Hussen said.

Liberal Prime Minister Justin Trudeau’s government has refrained from criticising the United States, which takes 75 percent of Canadian exports, preferring instead to stress Canada is open to refugees.

“Every country has the right to determine their policies,” said Hussen.

The Canadian Council for Refugees and the Canadian Civil Liberties Association (CCLA), called on Ottawa to withdraw from a Safe Third Country agreement with the U.S., under which Canada returns asylum seekers crossing the border.

“There’s a danger that the U.S. is doing blanket detentions and deportations … and not honouring asylum claims,” said CCLA Executive Director Sukanya Pillay.

Such a move would be diplomatically insulting and Hussen said the pact would remain unchanged for now.

Local and national politicians have condemned Trump’s ban and the opposition New Democrats want an emergency debate in the federal Parliament.

The U.S. Consulate in Toronto said it would suspend services on Monday because of a planned demonstration.

More than 200 Canadian technology company founders, executives and investors said on Sunday that Ottawa should immediately give temporary residency to those displaced by Trump’s order.

Continue Reading
You may also like...
Related Topics:canada, entry, muslim, us